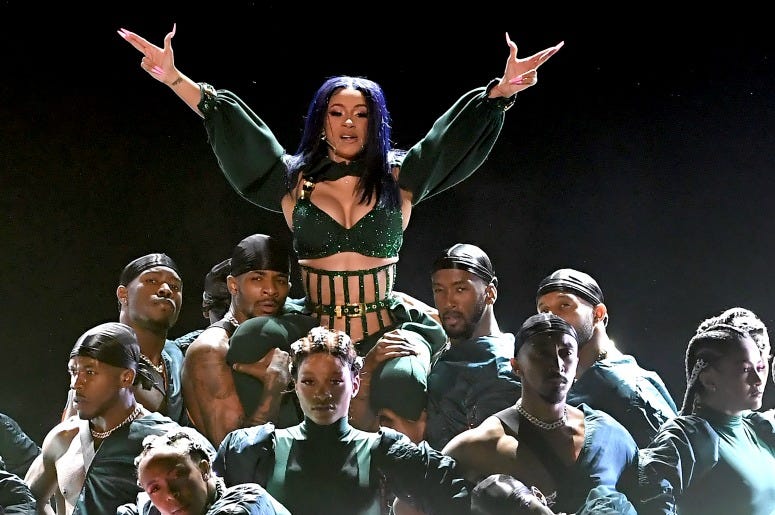 Cardi B is back in the courtroom, and it's a wild ride.

A calm comes over Cardi and her team just before the lights go out. They come back on to reveal a bloody scene, with people in the courtroom and her smoothed-out dance crew all expired on the ground.

You can watch the full video here, but be warned, it might not be appropriate for everybody.

Adding to the intrigue of this extreme video is the real world backdrop for the GRAMMY winner. On Tuesday Cardi B pleaded not guilty to charges of attempted assault.

According to the District Attorney's office in Queens, two people hired by the artist attacked a bartender at Angels strip club on August 15th, after allegations that someone was sleeping with her husband. They also allege that Cardi B returned with the duo and attacked the bartender's sister on August 27th, with Cardi B throwing bottles during the incident.

Cardi has been indicted by a grand jury for her alleged involvement in the fight, but has maintained her innocence throughout. This weekend during a performance at the BET Experience, the singer chanted “I ain’t going to jail” multiple times, adding “I got a daughter.”

Her husband Offset applauded the "Press" video in a post on Wednesday, saying "She is so creative. She puts so much emotion and heart in video."