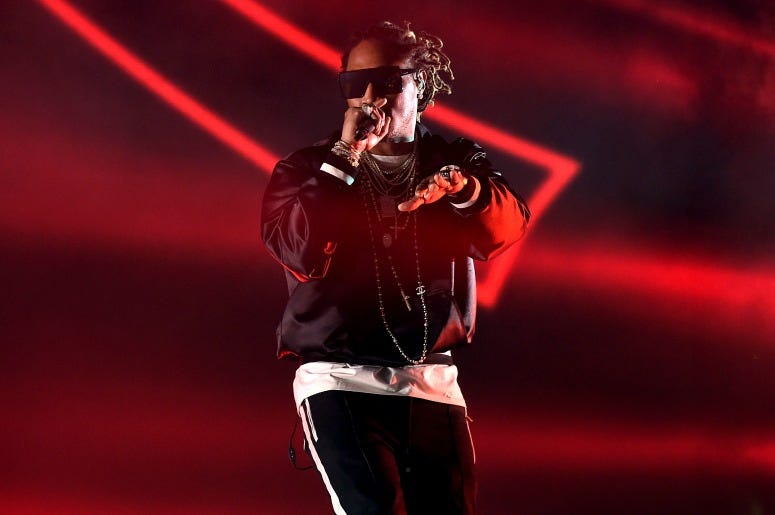 Future has dove right into 2019 like he's tackling a resolution, dropping his second song and video of the year, announcing a documentary, and sharing details on the release of his seventh solo studio album.

Future Hndrxx Presents: The WIZRD will be let loose on January 18th, featuring last week's "Crushed Up" and the newly released "Jumpin on a Jet." For the latter, the ATL MC has debuted a new video featuring Future rapping inside a storm of cash fluttering around the inside of an airplane. The scene alternates with shots of the artist climbing a sky-high ladder, and rapping on the ground as safes crash around him. The strobing scene is starkly different from the "Crushed Up" video released last week, which saw the "Fine China" rapper in an iced-out mansion as his watch freezed out the halls.

The upcoming album title is not to be confused with FUTURE or HNDRXX, which were both released in 2017 and both hit number one. Also, not to be confused with WZRD, Kid Cudi's short-lived rock project from 2012. Since those two albums released in 2017, Future has collaborated on albums with Juice WRLD and Zaytoven, and has curated the soundtrack to last year's Superfly film.

Before the album is released, Future will debut a documentary on Apple Music titled The Wizrd as well. It's WIZRD SZN, you've been warned.