As an artist, Drake is definitely not cursed. It's actually the opposite, after his 12 wins at the 2019 Billboard Music Awards made him the top award recipient in BBMA history. What a time, to be alive.

However, as the Scorpion star made his way to the podium to pick up his award for Top Artist on Wednesday night, fans of Game Of Thrones couldn't help but worry about his luck. 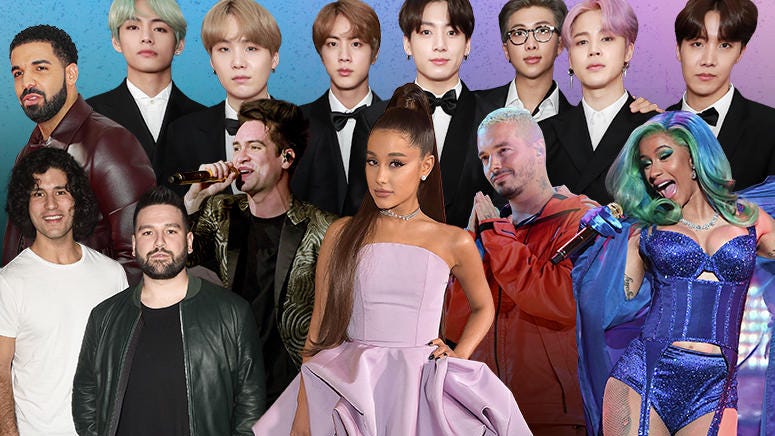 You see, Drake is notorious for picking the wrong side when it comes to sports, with some going as far as to consider him cursed. His strong support of the Toronto Raptors which can't seem to see a way forward in the playoffs, and his embrace of Conor McGregor, Serena Williams, and the Alabama Crimson Tide before pivitol losses has left people wondering if an endorsement from Drizzy is the kiss of death. Which leads us to Westeros.

Possible spoilers ahead, if you are some amazing human who manages to love Game Of Thrones yet still hasn't seen the most recent, epic episode. Who knows what your life is, but you deserve caution before we continue.

During his acceptance speech, Drake dropped the name of one of Winterfell's favorite residents. "Shout out to Arya Stark for putting in that work last week" he said with a smile, making a stabbing motion with his award.

The King of the North shouting out everyone's favorite Stark! 🐺 @Drake #BBMAs pic.twitter.com/MEhLAzKiTM

Forget about the lovely message to his mom for driving him to piano lessons or the accomplishment of his double album, did Drake just endorse Arya Stark? Fans seem to think so, and are simultaneously concerned about her future given his track record.

Past history aside, we don't blame Drake for jumping on Team Arya. Her badass moves that ended the war against the dead has prompted appreciation well beyond the Seven Kingdoms. There is even an Arya Challenge floating around this week, as people show off their own deadly dagger drop like Arya did in episode three.

You can see the full list of winners from the 2019 Billboard Music Awards here. Game Of Thrones returns on Sunday night on HBO.