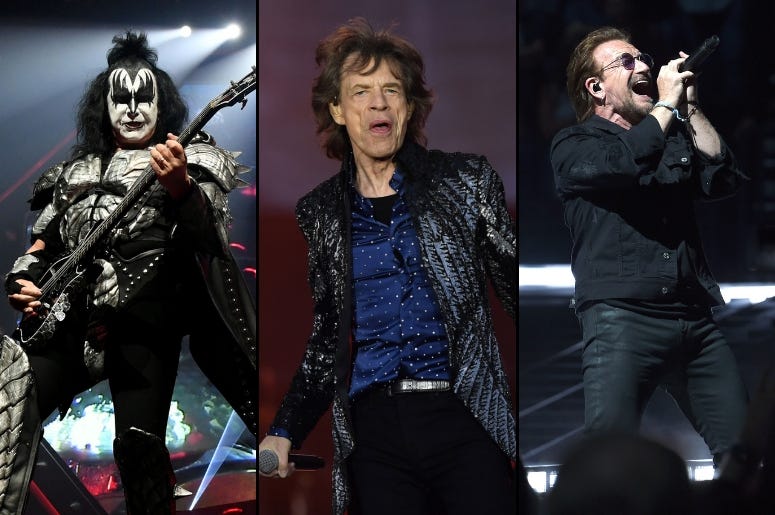 KISS has come to the "End Of The Road."

The band began their final tour ever in January, and will continue around the world beyond the end of the year. It's the last one, final, no more according to Gene Simmons. The singer and bassist explained to GuitarWorld last week that they are absolutely done after this, and took the time to throw a few not-so-subtle shots at some other bands along the way. 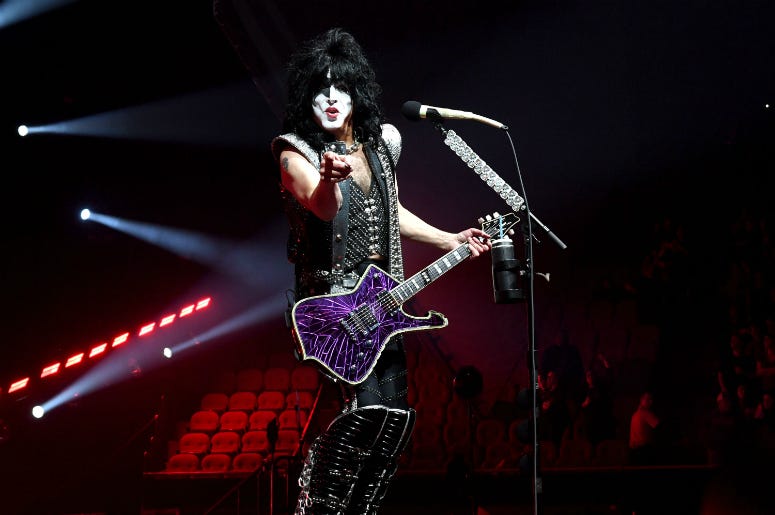 "Let’s just call it for what it is - it’s the final tour. Because you want to go out on top" explained Simmons. "I’m 69. Still strong. Still look good. Still have hair on my head… although I have a lot more on my back now. But by the time this tour finishes I’ll be 72."

As "The God Of Thunder" remarked about his own excellence, he also slid in a few digs for two other iconic bands. Both The Rolling Stones and U2 continue to tour, with the Stones set for the No Filter US Tour this summer and U2 playing a handful of shows around the world, but according to Simmons they wouldn't last as long under the pressures of being in KISS.

"If I was in the Stones or U2 I could run around onstage in sneakers and a T-shirt and never break a sweat. And both those bands are great. But Kiss is a different animal" said Simmons. "We’re like heavy artillery. We’re armored. I wear eight-inch platform heels and it takes hours to put on the makeup and the studs and all the stuff, and then I fly through the air with no net, shoot fire out of my ass, Paul flies off at the stage wearing 40 pounds of armor. We all love Jagger and Bono, but if they put in the amount of work we put in, they’d drop dead in a half hour."

"I love them to death and respect those guys. But all they have to do is sing" added Simmons.

Heels and all, the End Of The Road World Tour continues across the country through April, before spending a few months in Europe. They will return to the states in August for another string of dates. You can see the full list of upcoming shows here.