"I was freaking out" says Michael Trewartha.

Along with his brother, Grey are up for three nominations at the upcoming 61st Annual GRAMMY Awards, but they learned of the last one in a surprising way. "We're not like, 'we're definitely gonna win', no way. We're not like that" adds Kyle Trewartha.

In our exclusive talk above, the duo reveal how they got the news that "The Middle" with Zedd and Maren Morris was nominated for three GRAMMY Awards, among them Record Of The Year and Song Of The Year. It would be a victory lap for one of the most successful and ubiquitous collaborations in recent memory. 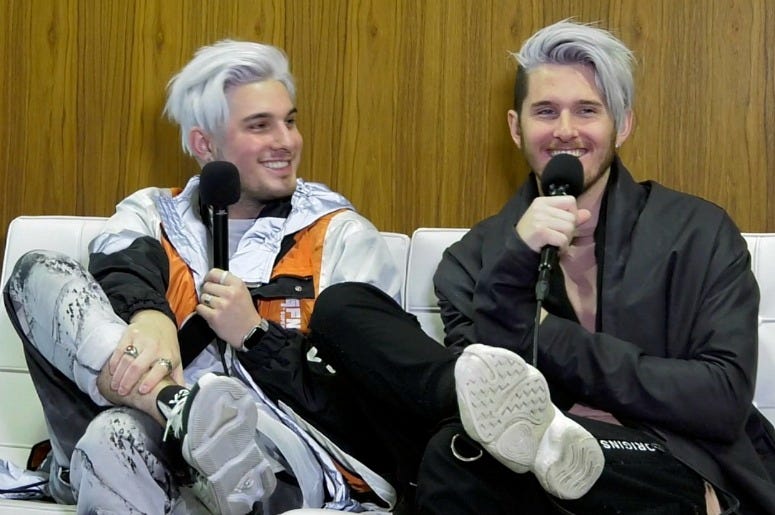 In addition to sharing their GRAMMY moment, the two also weighed in on who they think will win this year's award for Best Dance Performance. The remix masters seemed like the perfect pair to help us decide between Above & Beyond, Disclosure, Fisher, the Silk City duo of Diplo and Mark Ronson, and Porter Robinson's Virtual Self project.

Check out the clip above to see who they think will win the award, and tune in to see if they're right when the 2019 GRAMMY Awards broadcast live on CBS from the Staples Center in Los Angeles on Sunday, February 10th at 8pm.