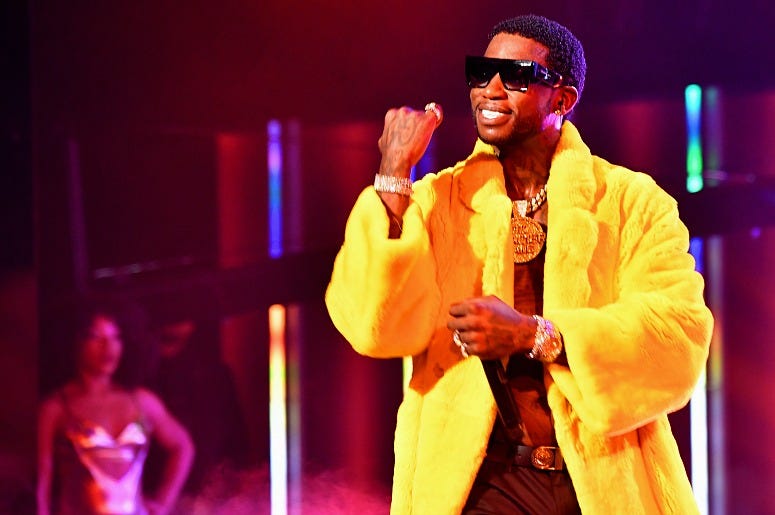 Gucci Mane is lining them up for his upcoming Evil Genius album.

The Atlanta rapper and trap forefather has announced that his 13th studio album will drop on December 7th, and has shared the tracklist filled with collaborations. Quavo is set to come through twice on the effort, with NBA Youngboy, 21 Savage, and Kevin Gates all getting a guest spot as well.

The 17 track outing also features Mane's song featuring Bruno Mars and Kodak Black, "Wake Up In The Sky", which got a luxurious sparkling video treatment last week. You can read the full tracklist below.