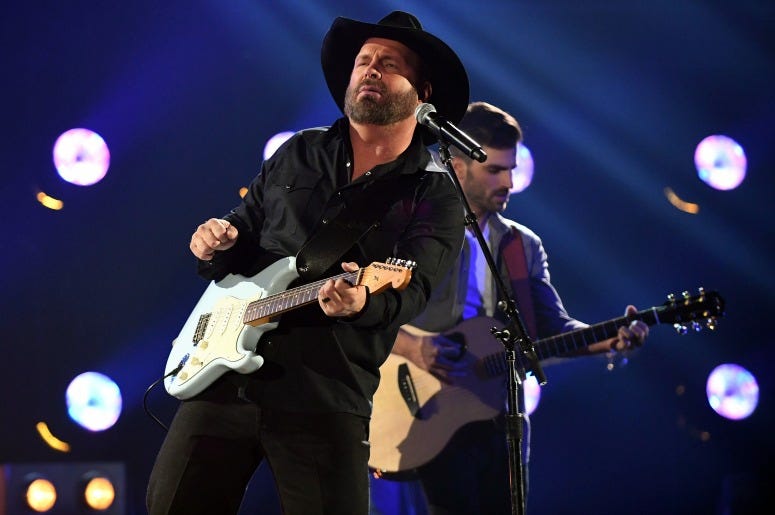 In 1998, Garth Brooks released his Double Live album to celebrate his two-year world tour. The two disc live set went on to set records, top the charts, and sell millions.

Twenty years later, he’s doing it again. The Entertainer of the Year is once again celebrating a tour. This time around it’s a three year run on the road, so Garth is offering up Triple Live, and he’s doing it for free.

Brooks has teamed with Ticketmaster to offer a limited-time download of the twenty-six song, three disc album featuring new live recordings. It will also be made available in two different mixes, one from the crowd and one from the stage. You could be there singing along in the audience, or right beside Garth as “The Thunder Rolls”.

Are YOU ready for NEW MUSIC for FREE??? I am!!! Thanks TICKETMASTER!!! love, g

Use code GarthTripleLive to get the new album FREE (on desktop only) here https://t.co/QFQKNte63Q pic.twitter.com/8Yr2oTehRW

The album features live versions of “Unanswered Prayers”, “The Dance”, and over twenty others taken from the tour. You can find more details from Ticketmaster here.