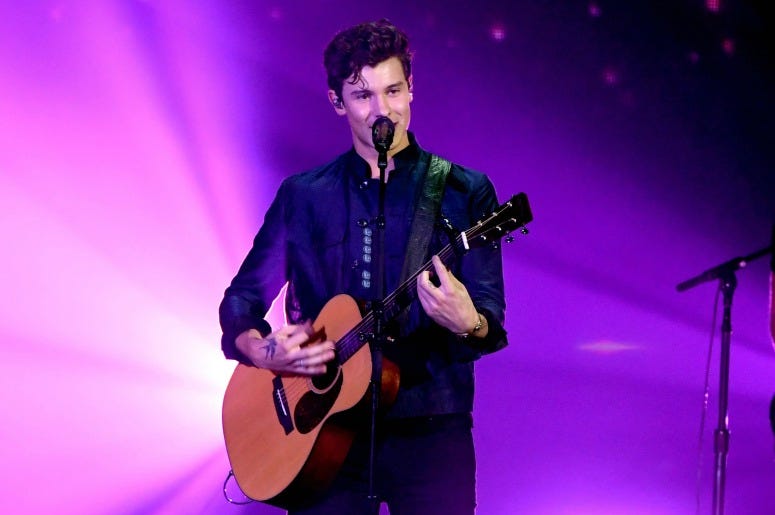 The rollout for Bohemian Rhapsody in on, and we keep getting gifts along the way.

In addition to the Panic! At The Disco's performance of the song at the 2018 American Music Awards, the biopic is getting several musical tributes before it hits theaters on November 2nd.

Universal Music is releasing three different Queen covers in the weeks leading up to the Freddie Mercury film's release, all benefiting The Mercury Phoenix Trust. The MPT is an organization set up by members of the band and their management after Mercury's passing, that supports projects in the fight against HIV and AIDS. The first of these charity singles comes from Shawn Mendes, produced with guest vocals by Teddy Geiger.

Did this cover of @QueenWillRock “Under Pressure” for the Bohemian Rhapsody film with @teddygeiger, to honor Freddie, and for a cause really close to our hearts, to benefit the Mercury Phoenix Trust in the fight against HIV / AIDS. Hope you love it x https://t.co/jczFNYkuFW pic.twitter.com/mLiInBXGNO

"I am so honored to be able to support the amazing legacy of Freddie and Queen by doing a cover of one of my favorite songs" says Mendes in a press release. "It was so exciting to me to be able to do this with my close collaborator and one of my best friends, Teddy Geiger, for a cause that is very close to our hearts."

All of the net profits for the acoustic take on "Under Pressure" will go to The Mercury Phoenix Trust. Listen below, and support the single here.