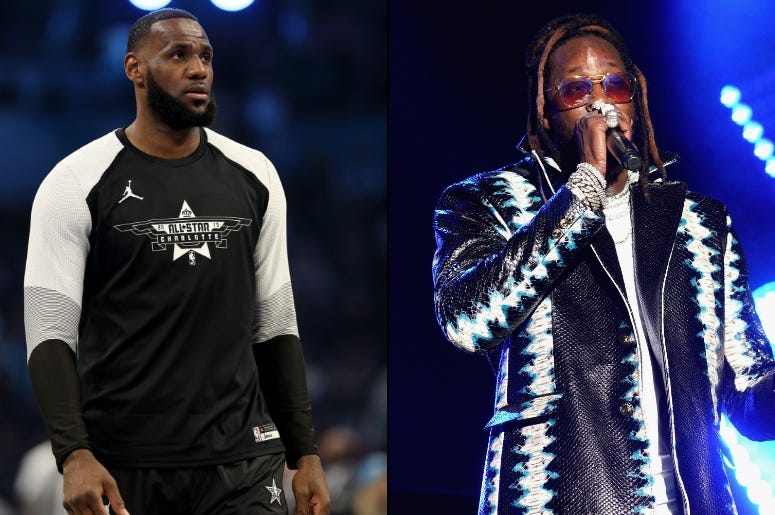 It was no surprise to see both LeBron James and 2 Chainz in Charlotte this weekend. One was on the court for All-Star Weekend as the other celebrated from courtside.

More surprising is seeing them both in the studio together, with James advising the "Bigger Than You" rapper on release strategy and album tracks. 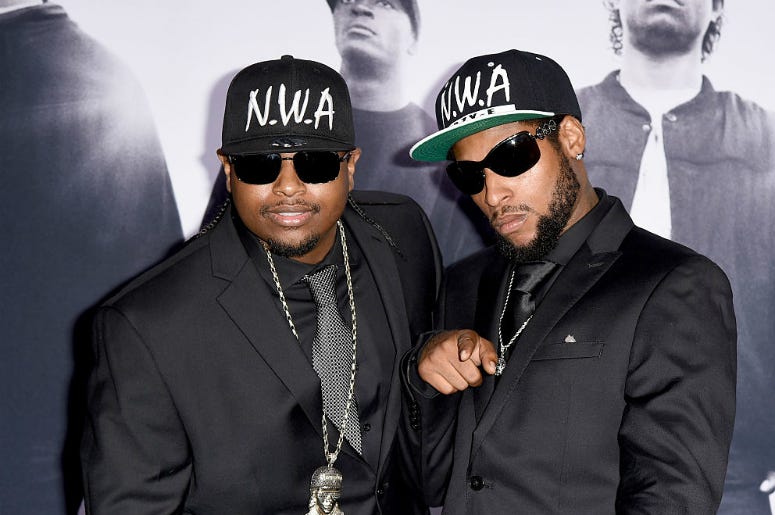 "Don't nobody know but the people in the room" 2 Chainz says to Lebron in a clip from his upcoming Apple Music special. "They're gonna be shocked when the people know how much input you had on it. You've been on for the whole year."

They're talking about RAP OR GO TO THE LEAGUE, the upcoming 5th studio album from the rapper due out on March 1st. It's 2 Chainz first official release for Def Jam, and the Los Angeles Lakers forward is credited with A&R for the project. That puts LeBron in an advisory role, overseeing the development of the MC's latest effort.

It’s been quite the journey to get here. All night studio sessions, reflecting, & opening up on these records or as I call it therapy! This is my each one teach one body of work, I wanna celebrate black excellence! ..... “Rap Or Go To The League” the album A&R by @KingJames 3/1 pic.twitter.com/08Y2fYKJ6X

In the clip you can see James taking the lead on some of the album's details, discussing the tracklist and how it might be received. "Is there a problem with a week, or two weeks after the album drop with the 14 tracks, that we add a deluxe album and we add the two tracks back on?" asks LeBron. It's an amazing question in that it shows real input from King James in the process, and actually shows tracklist restraint, where the norm has been overstuffed albums looking to put higher numbers on the board.

Along with the album will come an in-depth conversation on Apple Music, with the two stars discussing the LP and talking about their careers. 2 Chainz has his own share of basketball experience, playing college ball at Alabama State University before reaching platinum rap status.

RAP OR GO TO THE LEAGUE will be the first full-length from 2 Chainz since Pretty Girls Like Trap Music dropped in 2017.