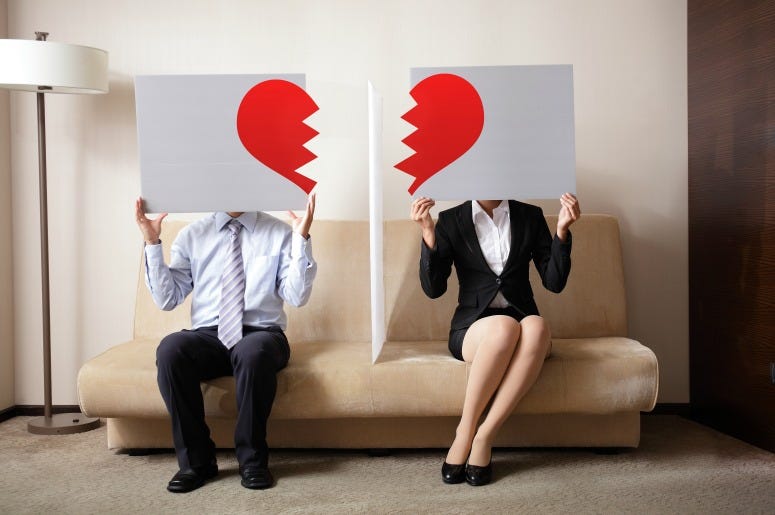 This afternoon when you're shaking your fist at the sky and complaining about kids these days, you can add "a healthy family environment" to the list of things that just ain't the same since millennials came around.

It turns out that all our tried and true sayings about divorce are fading away, thanks to millennials keeping their marriages in tact.

According to a new report from Bloomberg, millennials are causing the U.S. divorce rate to fall. Unlike baby boomers who were marrying young, Generation X and more specifically millennials are taking their time to wed once their career, education, and finances "are on track." As a result, the divorce rate in the U.S. has dropped eighteen percent from 2008 to 2016.

Those kids with their soundcloud rap and their paper straws are apparently being smarter when it comes to commitment, which in turn is ruining divorce.

They aren't alone though, as the baby boomers get older the thought is that they are less likely to get divorced at an advanced age. Also, although it doesn't affect the divorce rate, there are just less marriages in general.

You can read deeper into the research from Bloomberg here.