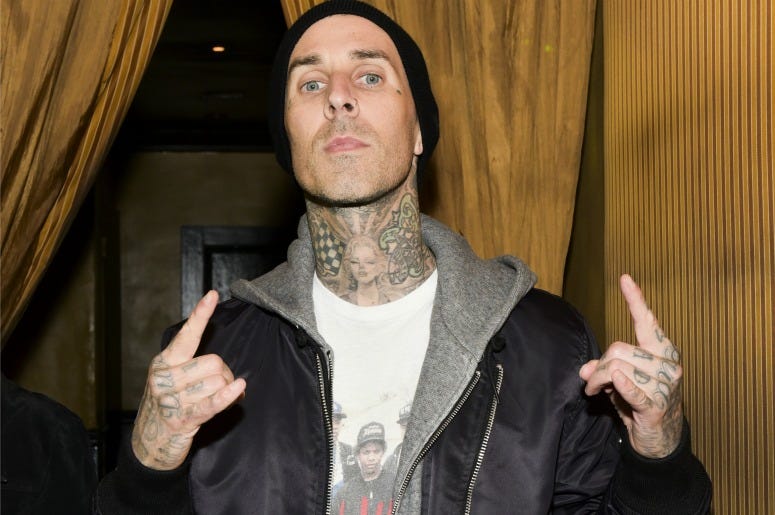 Travis Barker has seen those Fyre Festival documentaries, and he watched them with some interesting company.

The blink-182 drummer tells Billboard that he saw them both at a viewing party at the house of Coachella's co-founder. Paul Tollett at Goldenvoice is one of the most successful festival organizers in history, so it had to be fascinating to watch Fyre's downfall with him in the room. "You’re sitting there with the illest dudes ever in the festival world -- the guys who do Coachella! -- and they’re having a Fyre Fest viewing party" Barker tells Billboard. "It was so funny." 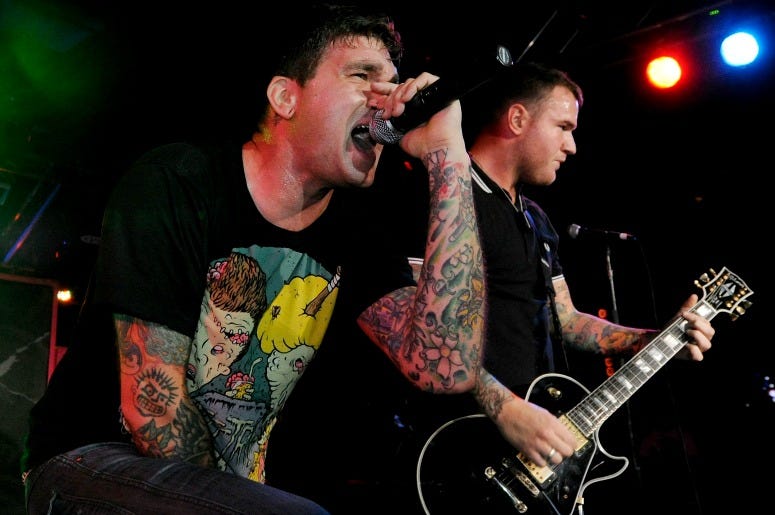 The drummer and his band are central to the telling of the now well-documented disaster, as they were scheduled to play Fyre Festival in the Bahamas. It was a tweet from blink-182 canceling their appearance which was the first major public sign of trouble for the event. "We're not confident that we would have what we need to give you the quality of performances we always give our fans" they wrote. It was the first post in the very quick unraveling of the Fyre Festival.

The members of blink have discussed their involvement in the last few weeks, with guitarist Matt Skiba crediting his pagan witch energy with destroying the event. "I consider myself a pagan and a witch" he told NME last month. "With every inch of my energy I wanted Fyre not to happen. I put all the electricity and energy in my body against that thing happening.” Now Barker is shedding more light on the timeline of the band ultimately pulling the plug.

"I really think it falls on me because I have the most difficult traveling arrangements -- I don’t fly" explains Barker to Billboard. "Mark and Matt can fly wherever. For me, it’s a three-day trip on the bus. So it did fall on me, which was even scarier at the time because I didn’t want to feel like I was bumming anybody out. But yeah, that was me" he laughs.

"I told my manager, 'F*** this man, I’m not getting on a bus and driving to Ft. Lauderdale.' Everyone felt a little sketchy about it. It was a matter of selling me on how I was getting [to the Bahamas> from Ft. Lauderdale. I usually take a boat there and they couldn’t show confirmation that I actually had a boat booked. I was so afraid I was gonna break away from the rest of the tour, drive to Ft. Lauderdale, and there’d be no boat."

Booking a boat was just the beginning of the problems for Fyre Festival, and thanks to Travis' travel concerns and Skiba's witchy ways, blink-182 is only a footnote to the story and not in the FEMA tent main event.

Elsewhere in the interview Barker does talk about the band working on new music that's different, and due out later this year. "With this album we’re reestablishing new songs, new rhythms, new ideas" he explains.

You can read the full talk with Travis Barker here.