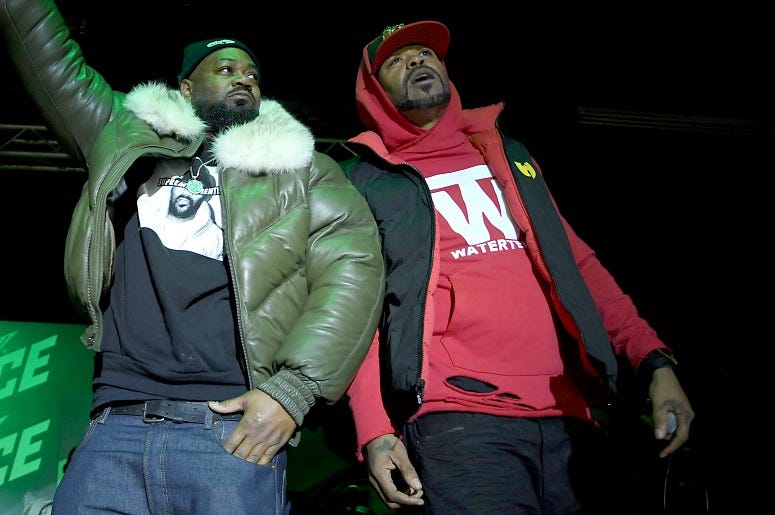 Cruelty-free and straight from the slums of Shaolin, it's a new line of makeup from the Wu-Tang-Clan.

The time has come to "Protect Ya Neck" and your lips from fall fashion faux pas' with a new collaboration between the legendary MCs and Milk Makeup. The company is offering up Wu-approved Lip Color, 24K Makeup Mirrors, and Designer Pins now, featuring trademark imagery and input from the group.

Guaranteed to make you "jump like Rod Strickland", the color comes in eight shades, each wrapped in a golden dragon holder and inspired by ancient Chinese philosophical text. They also feature Chinese ingredients like cherry blossom and bamboo shoots. The line is sure to "rock and shock the nation", and is available exclusively on MilkMakeup.com.

Makeup and music have joined forces before, as MAC has enlisted Ariana Grande in the past, and Rihanna launched her Fenty Beauty line with massive success too, but this is the first know makeup line to actually "Bring Da Ruckus." The campaign for the new line debuted Thursday with a Kill Bill inspired video feature Teyana Taylor.