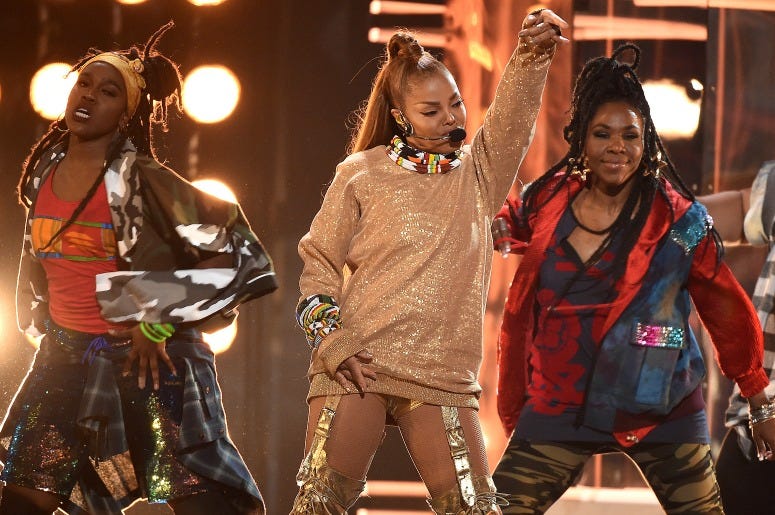 Janet Jackson, Miss Janet if you’re nasty, is back to kick off a new era with some help from Daddy Yankee.

The icon just released her new single and video “Made For Now”, and it’s an uplifting dance through the streets. The song is Jackson’s first since 2015’s Unbreakable album, as well as her first as a new mom. Janet gave birth to son Eissa last year.

The song features an updated, dancehall vibe for the “All For You” singer. We’ll see it live when Janet returns to the late night stage for the first time in over a decade as she stops by The Tonight Show With Jimmy Fallon on Friday night.

In case you need reminding, Jackson has five GRAMMY awards and has sold over 100 million albums. She’s scheduled to return to the stage for the Global Citizen Festival in New York on September 29th.