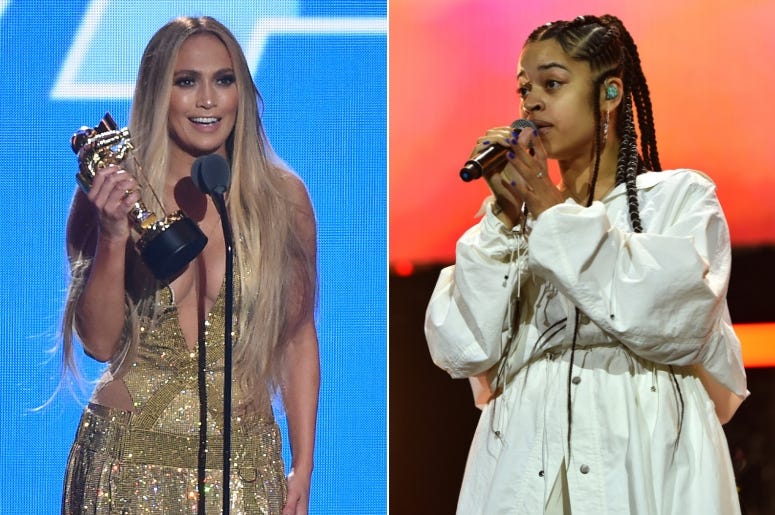 The 2018 American Music Awards is only days away, and the show keeps getting bigger and better.

It has just been announced that Jennifer Lopez will perform a new song from her upcoming Second Act movie during the AMAs. The romantic comedy from Lopez is the latest project in a busy 2018, co-starring Vanessa Hudgens and This Is Us star Milo Ventimiglia. Lopez also recently wrapped up her TV show Shades Of Blue and won the MTV Video Vanguard award at the MTV Video Music Awards.

Also just announced is a performance from breakout star Ella Mai, who will be performing "Boo'd Up" at the AMAs. Mai has one of the biggest songs of summer, just announced her debut album, and just released a new single featuring Chris Brown called "Whatchamacallit"

i am so excited to announce that i will be performing boo’d up this tuesday at the @AMAs 8/7c on ABC. #AMAs 💃🏽 see ya there! pic.twitter.com/e0mwLYBJbU

Happening Tuesday October 9th, the biggest names in music will be out for the AMAs. We'll see who will take home the award for Artist Of The Year. Will it be Drake or Post Malone? Maybe Ed Sheeran or Taylor Swift will score the top prize? Or it could it be Imagine Dragons swooping in for an upset. It's just one of many tight races that will be decided that evening.

The night will also be filled with performances from Carrie Underwood, Mariah Carey, Cardi B, and many more.