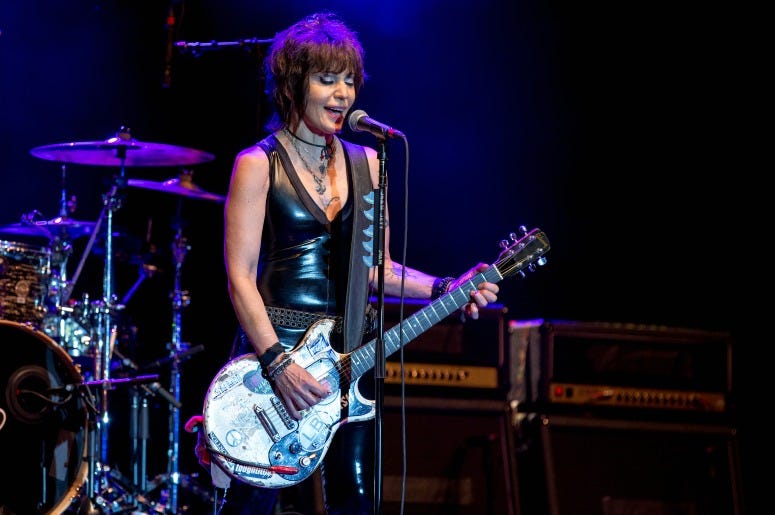 Bosco is a twenty-three year old black bear, living at Pennsylvania’s Pymatuning Deer Park. The bear is alone at the roadside zoo, stuck on a patch of concrete without the comfort of a natural habitat or the companionship of another animal.

That’s too much to bear for Rock And Roll Hall Of Famer Joan Jett, who has teamed with PETA and written a letter to the park’s owner in her native Pennsylvania.

“With each decision I’ve faced in my career, I’ve counted on my instincts to make the right choice” the singer writes. “After learning about Bosco the bear, those same instincts told me to take action. I’m writing to you today to ask that you trust your own gut, recognize that he has no business living alone in a concrete pit, and allow PETA to place him in a reputable sanctuary.”

PETA has offered to pay for the transfer of Bosco to a better environment, and Jett has lent her voice to the issue to raise awareness.

“My friends at PETA are offering to facilitate Bosco’s transfer and pay any associated costs” Jett’s letter continues. “Take a lesson from me: Listen to your instincts, and please give him a life in which he can follow his.”

To read the full letter and to learn more about the life of Bosco the bear, you can check out resources from PETA here.

As for Joan Jett, a new documentary will be released on September 28th about her amazing career. Bad Reputation features interview with Billie Joe Armstrong of Green Day, Debbie Harry of Blondie, and Pete Townshend of The Who, all discussing the important legacy of Joan Jett.