Things started off "Cool" for the Jonas Brothers on Saturday Night Live this weekend, but the heat got turned up quickly for the reunited group.

In a sea of balloons, the brothers transitioned from the groove of their second single, directly into their 2008 signature song, "Burnin' Up", during their final performance of the evening. Dressed in red and black, the three smiled and swaggered through the smash. It's an electrifying example of what fans can expected on their recently announced Happiness Begins tour. 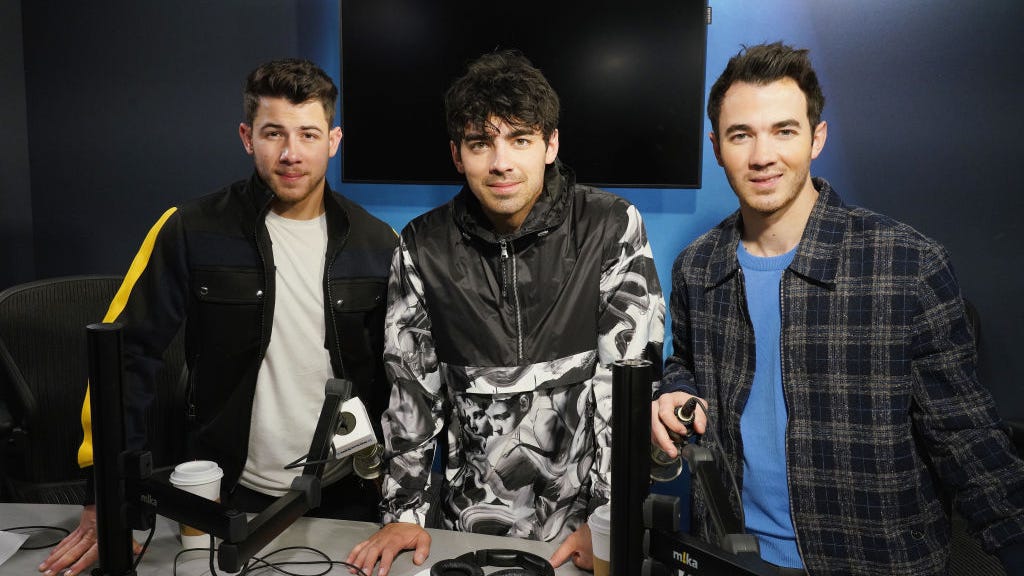 After an initial runs of dates from August to October was announced at the beginning of the month, the trio has added 23 more shows stretching into December.

The tour is set to kick off on August 7th in Miami, two months after the group releases their fifth studio album, Happiness Begins. It comes just days after the documentary chronicling their reunion debuts on Amazon.

In addition to the medley of "Cool" and "Burnin' Up", the Jonas Brothers performed the inescapable "Sucker" on the Saturday Night Live stage. Their appearance on the show marks their first time back since 2009.