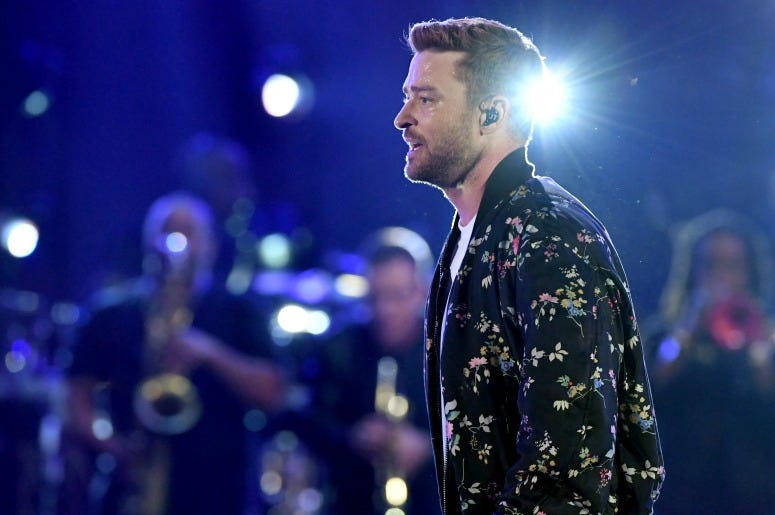 Justin Timberlake has released his first book, and it features all the JT you could need.

Inside of Hindsight: & All the Things I Can't See in Front of Me, Justin shares personal pictures from his childhood to today, and anecdotes from his career and personal life. He details the story behind some of his hits, discusses some of his biggest collaborations, and opens up about fatherhood and his inner struggles. Most importantly though it's a book about his love of music, and his love of family.

He speaks about writing "Mirrors" for his wife Jessica Biel, and talks about meeting her for the first time at a speakeasy surprise party. After spending the night talking and dancing, the two parted without exchanging information or making any future plans. "I didn’t ask for her number. It wasn’t the time. But I was thinking about her" he writes. "Thoughts kept leaping into my mind: I’m kind of really interested in that girl. There was just something about that girl. Kind of interested in that girl. Goddamn it."

This book is a peek into a private lock box. Turn the first page and enter an intimate, exposed conversation from the deepest valleys and the bravest peaks of his tender heart. His words are for himself, and for all of us. Read with care. (link in bio)

Later, Biel was invited by a mutual friend to attend the first stop on Timberlake's FutureSex/LoveSounds tour in San Diego. The two talked after the show, and she caught a ride with the singer to the tour's next stop in Anaheim. They talked and laughed the whole ride, and as the night ended Justin finally asked the question, "can I have your number?"

The two spent weeks talking on the phone while he was on tour, and we would tell you more but we are melting.

The schoolyard swooning, the nervous excitement that Timberlake tells of his first few weeks with his wife is almost too adorable to handle. Thankfully there are plenty of pictures to take our mind off of things.

As for "Mirrors" and her being his inspiration, Justin once again pours on the praise for Biel. "She changed me. She changed my life. All of that is in 'Mirrors.' Not the details, but the way it felt to have my life be touched by her."

Hindsight: & All the Things I Can't See in Front of Me is available everywhere