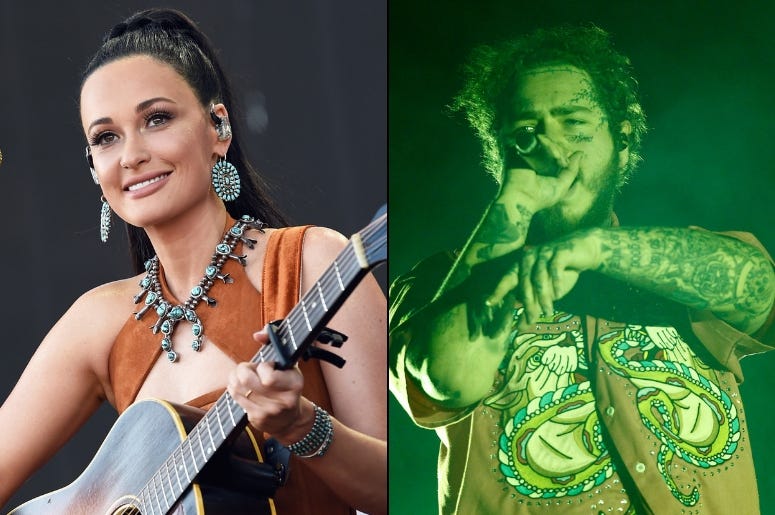 Things have gotten weird Down Under.

This weekend both Kacey Musgraves and Post Malone performed in Sydney, Australia. Both were urged to drink from their own shoe. Can you guess which one did, and which did not? 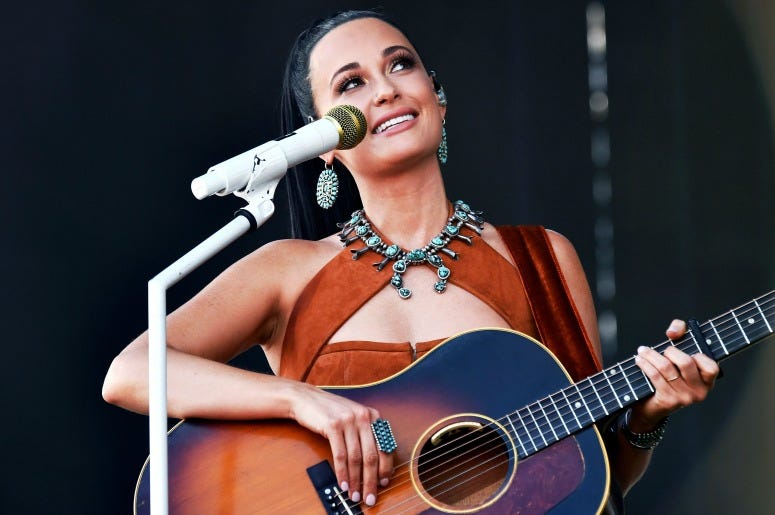 Kacey Musgraves Is a Trippy Centaur in Her "Oh, What a World" Video

Sunday night, Musgraves performed at the Enmore Theatre. The Album Of The Year winner wowed the crowd as usual, and was applauded by fans when she politely declined doing a "shoey."

The Australian ritual of drinking a beer from your own shoe, known as a "shoey", was the subject of a chant during the show. However, Musgraves managed to fight through the peer pressure. "My girl stood her ground in 8-inch platforms" wrote one fan on Twitter. "You can’t peer pressure her to be gross!"

"Don’t you dare think you can demand Kacey Musgraves to do a shoey!" wrote another supporter. "That behavior is tacky and not cute at the same time."

My girl stood her ground in 8-inch platforms you can’t peer pressure her to be gross!!!

don’t you dare think you can demand kacey musgraves to do a shoey!!! that behaviour is tacky and not cute at the same time 👺

SHE STUCK IT OUT. WE STAN AN ANTI SHOEY QUEEN

There was no room for a "shoey" at the Kacey Musgraves show. That actual angel wasn't ever going to drink out of footwear. But, a Post Malone show is a completely different kind of party.

Hours earlier in Sydney at the Qudos Bank Arena, Posty not only gave into the "shoey" chant, but took a knee to get a proper angle when drinking from his own sneaker. "That shoe was especially stinky" he said, as the crowd erupted.

The "Rockstar" singer did stop there, from the looks of things he continued his "shoey" ways the next night in New Zealand too. Warning, do not attempt with Post Malone brand Crocs, or really, at all.

The king @PostMalone does a stanky #shoey Also the most fucking amazing show Ive ever witnessed! #Legend pic.twitter.com/s2xb5eAneA

Went to my first ever concert tonight and I had an absolutely amazing time. @PostMalone put on a great show and even pulled off a quick shoey from the crowd. 👑🤣🤣 The atmosphere was unreal. pic.twitter.com/BmBenYRIm7

Both Musgraves and Malone will be at Bonnaroo next month.