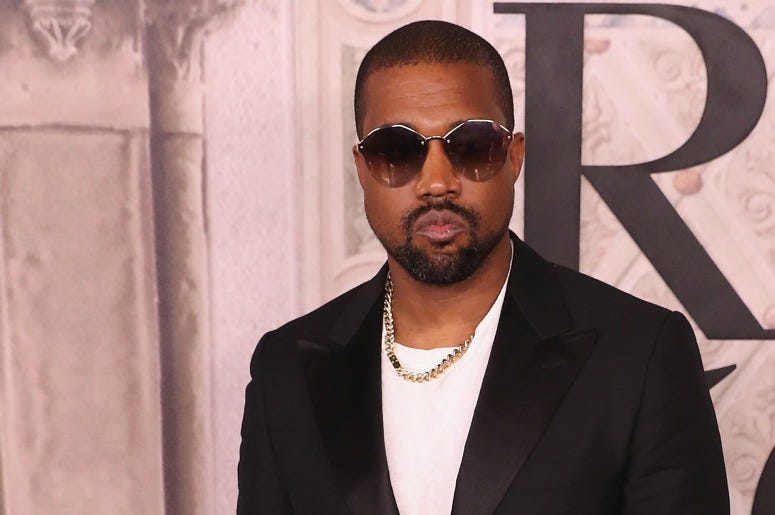 This weekend was set to be a triumphant one for Kanye West. It wasn't.

West had set Saturday as a release date for a new album titled Yandhi, the same day as his return to Saturday Night Live. It was a night to celebrate a productive summer for the artist, who produced five albums for artists, including his own and a joint production with Kid Cudi under the name KIDS SEE GHOSTS. The performance and the release would come at a time when the pendulum of public opinion seemed to be swaying back towards positive, as the initial storm of political tweets had given way to a more hopeful and inspiring set of messages. Also Kanye's latest single, a minimalist duet with Lil Pump titled "I Love It", has seen success thanks to a silly video that has gone viral. Everything was set for this weekend to be a celebration. It wasn't.

the being formally known as Kanye West

YE or West made his first performance on Saturday Night Live one to remember, but perhaps for all the wrong reasons. Kanye performed his Lil Pump collaboration with the rapper, while dressed as a bottle of Perrier water. "I Love It" was almost unrecognizable thanks to the profanity in the lyrics that was removed for network television. West dressed as a water bottle rapping every third word was not a good look. Somehow it got worse.

The second performance from Kanye featured the amazingly talented Teyana Taylor. The two performed a new song called "We Got Love", that seemed so freshly made that Teyana and West were both still learning the words. The singer stumbled along to a vocal guide track, while Kanye mumbled his way through the song's later verses. The performance was under-cooked, and suffered from a lack of preparedness, but at least the water bottle outfit was left backstage.

Amazingly, after those two lackluster performances, West was offered a third chance to perform during the closing credits. Kid Cudi and 070 Shake joined West for a song of his ye album released this summer. The song was the most complete of the evening, but as the TV faded to black, West stayed on the stage to deliver his own monologue about politics and his "Make America Great Again" hat. "They bully me" he said. "They bullied me backstage, they said don't go out there with that hat on."

"Thank y'all for giving me this platform. I know some of y'all don't agree, but y'all be going at that man's neck a lot, and I don't think it's actually that helpful" West continued. After being called back to the stage during the performance, several members of the cast left as Kanye continued his rant. The artist continued his political commentary on Twitter Sunday, being met with criticism from several, including Captain America star Chris Evans.

this represents good and America becoming whole again.  We will no longer outsource to other countries. We build factories here in America and create jobs.  We will provide jobs for all who are free from prisons as we abolish the 13th amendment. Message sent with love pic.twitter.com/a15WqI8zgu

kanye saying that he wants the 13th amendment (which abolished slavery) to be repealed and for america to stop outsourcing labor... from a private jet while wearing a trump hat and decked out in yeezy (made in china)... is too much confusion for me

It appears the only person on Twitter who is applauding West this weekend is President Donald Trump.

Like many, I don’t watch Saturday Night Live (even though I past hosted it) - no longer funny, no talent or charm. It is just a political ad for the Dems. Word is that Kanye West, who put on a MAGA hat after the show (despite being told “no”), was great. He’s leading the charge!

Oh boy, what a weekend. As for the album, that did not come out. Perhaps it checked Twitter and knew better. We'll have to wait, eyes covered and peeking through our fingers at what comes next for the man formerly known as Kanye West.