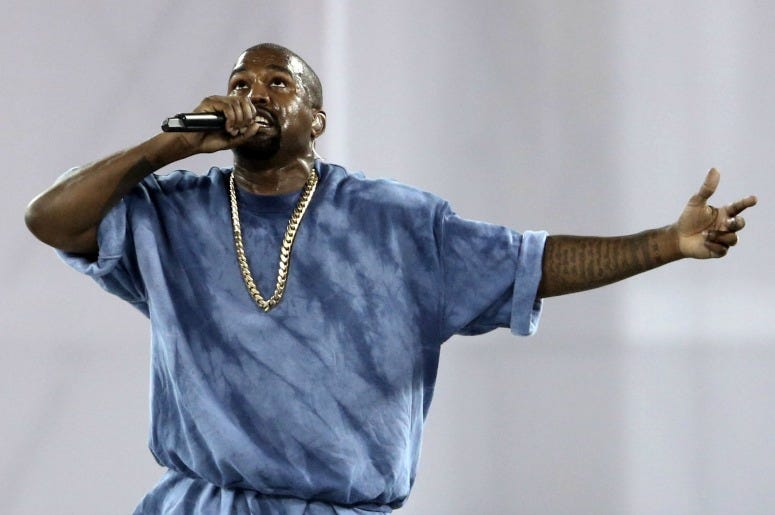 “You got sick thoughts? I got more of them” raps Kanye West on the newly released song “XTCY”.

“You got a sister-in-law you would smash? I got four of them.”

“XTCY” is the first new music since West’s marathon recording session in Wyoming, and also the first in which he contemplates sex with all the Kardashian sisters. It was released shortly after Kylie Jenner’s twenty-first birthday.

Check out the NSFW track below.

Once again Kanye is making news for things he says, rather than his silence. Last week, after Jimmy Kimmel asked West about President Donald Trump and his policies separating families at the border, it was West’s lack of an answer that created headlines. As Kanye pondered the question, Kimmel went to a commercial break.

West has since taken to Twitter to defend the moment.

On Jimmy Kimmel we had a great time having a dialogue. I’m reading that I was stumped by a question. Let me clarify the click bait. I wasn’t stumped. I wasn’t given a chance to answer the question.

The question was so important I took time to think. And then I was hit with the let’s go to commercial break. That interview showed strong personalities with different opinions having a civil conversation.

I was so happy when I saw Jimmy walk out in the Yeezys. That was an olive branch. He lead with love. I appreciate Jimmy and his team. You guys are Jedi’s. much love.

For what it’s worth, Kimmel seems to agree.

Not every question warrants an immediate answer. Some answers need to be considered and a talk show with time constraints is a difficult place to do that. I know how much Kanye cares and I am so impressed by what he is doing quietly and without fanfare to help those who need it https://t.co/wQBsE5v1v2

That type of endorsement was good enough for a lifetime membership.

We want to extend our appreciation to a Mr. @kanyewest for his loyalty to us over the years. A gift in the form of a free lifetime premium membership. Here's to you, Ye. https://t.co/1uarAl53xp cc: @jimmykimmel