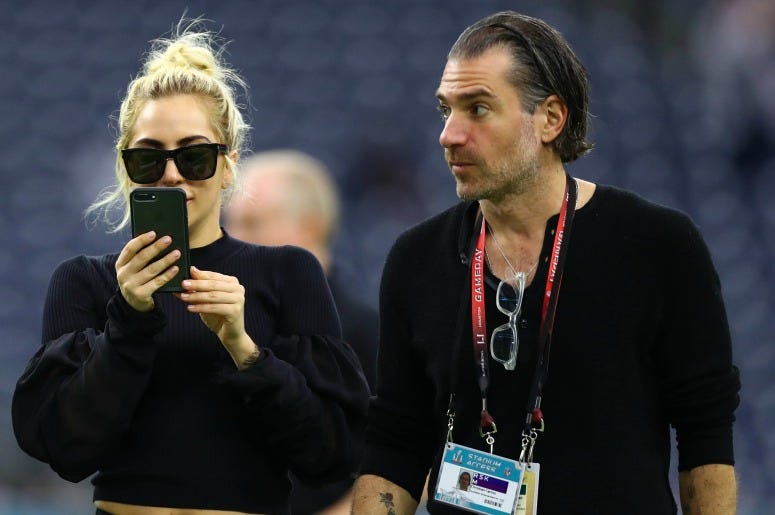 A bride is born?

Lady Gaga appears to have confirmed her engagement to agent Christian Carino at an event in Los Angeles on Monday.

Gaga, who currently has the number one album in the country and continues to receive critical acclaim for her role in A Star Is Born, spoke at the ELLE Women in Hollywood event and referred to Carino as her "fiancé."

There has been speculation about the two since last year, with the "Born This Way" singer spotted wearing a ring for the past few months. The two were first linked together when seen on the field together at the Super Bowl in 2017.

The 32-year-old star was previously engaged to Taylor Kinney, but ended the engagement in July of 2016.

More important than her relationship status update, was Gaga's message on Monday about being a "women in Hollywood."

"As a sexual assault survivor by someone in the entertainment industry, as a woman who is still not brave enough to say his name, as a woman who lives with chronic pain, as a woman who was conditioned at a very young age to listen to what men told me to do, I decided today I wanted to take the power back. Today I wear the pants" She told the crowd. "I had a revelation that I had to be empowered to be myself today more than ever. To resist the standards of Hollywood, whatever that means. To resist the standards of dressing to impress. To use what really matters: my voice."

"Depression, anxiety, eating disorders, trauma—these are just a few examples of the forces that can lead to this tornado of pain. So what I would like to say in this room of powerful women and men today is let’s work together to beckon the world towards kindness. I’m fortunate enough now to have the resources to help me. But for many, the resources either don't exist or people don't have the ability to pay for or access them. I want to see mental health become a global priority. We’re not able to control all of the challenges and tragedies that life throws our way. But we can work together. This room can work together to heal each other. And we can also try to find the strength in the best way that we can to ask for help if we need it."

Lady Gaga currently stars in A Star Is Born. You can pick up the soundtrack here.