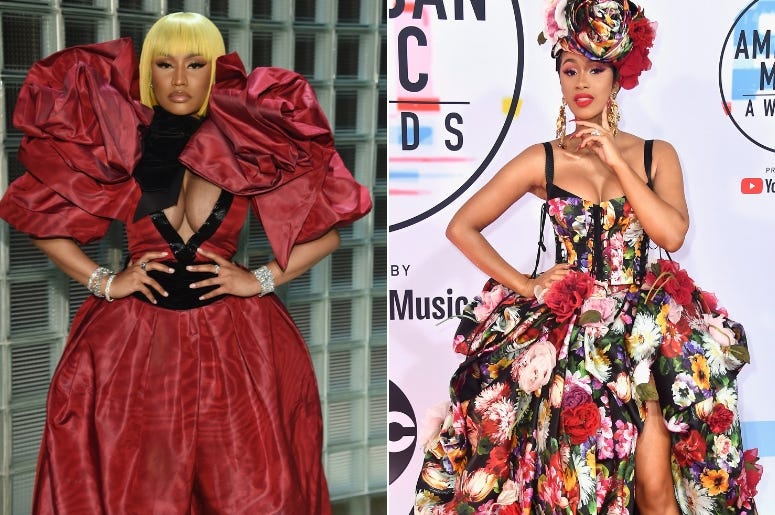 Just as things appeared to be quieting down between Nicki Minaj and Cardi B, their feud got reignited on Monday with a series of comments and Instagram videos. No shoes were thrown, but a lot of accusations were.

It started as Minaj returned to her Queen Radio show, addressing the New York Fashion Week party altercation that occurred between herself and Cardi B. The fight with the infamous thrown shoe happened in September, and accounts have varied about what actually went down. Nicki offered up more details, claiming that friend Rah Ali assaulted and injured the "I Like It" singer during the party. "For people who don’t know, Rah Ali beat Cardi’s ass really bad. You went home and told people that security hit you. We told Rah not to say anything for legal reasons," Minaj offered up on the show, also claiming that she offered money for the security footage of the incident.

@Nickiminaj alright then! Let’s keep it positive and keep it pushing!

Time will tell if this pair will be able to move on. No shoes were harmed in the reporting of this story.