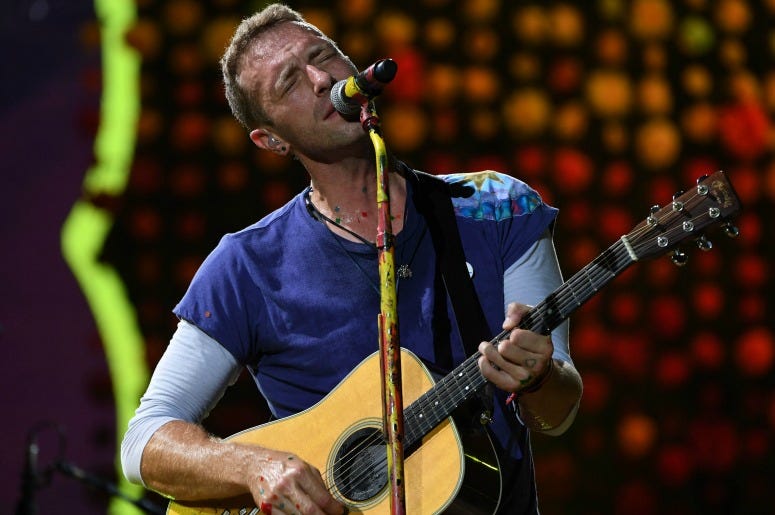 The latest surprise of this summer is the film Crazy Rich Asians, which landed at the number one spot at the box office this weekend.

Making over twenty-five million dollars domestically, the romantic comedy is a hit that keeps collecting glowing reviews along the way. It’s so successful that Warner Bros. has already announced a sequel.

If you’ve seen the film, you know that a key scene features a Chinese-language cover of Coldplay’s “Yellow”. What you might not know though is the long road it took to include the song in the film.

According to The Hollywood Reporter, the band initially turned down the request to be featured in the film. However, Director John M. Chu fought for the use of the song because of the personal importance it had to him. For Chu, the song took a color that always had negativity attached and made it something beautiful.

“We’re going to own the term” he told The Hollywood Reporter.

Setting out to secure the rights to the song, Chu sent a heartfelt letter to the band, explaining why the song was such a key to the film for him. “It would be such an honor to use your song that gave me so much strength throughout the years” he wrote. “It will give a whole generation of Asian-Americans, and others, the same sense of pride I got when I heard your song.”

Twenty-four hours after Chu sent the letter to Coldplay, the band approved the request for “Yellow”

You can read the full letter below.

Here's the letter Crazy Rich Asians director John M. Chu wrote to Coldplay to convince them to allow him to use "Yellow" in the movie soundtrack pic.twitter.com/xsSUhNAGbB