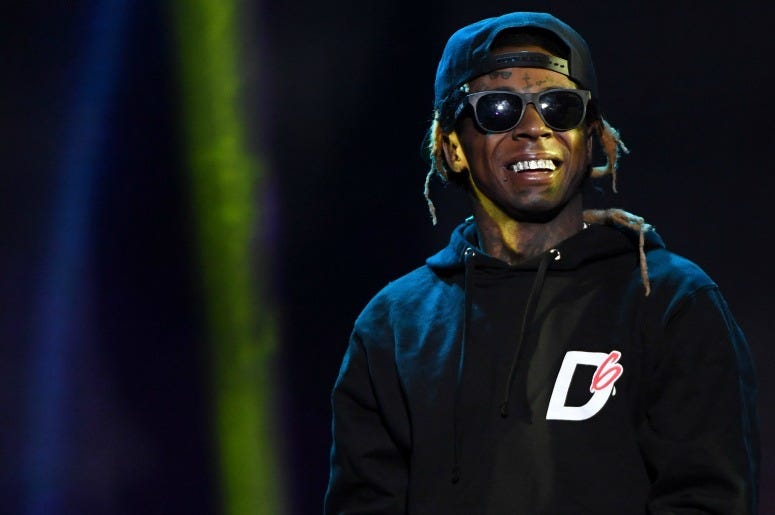 After a four year wait, Lil Wayne had a lot of ground to cover on Tha Carter V.

The album which was held in limbo for years due to financial disputes has finally been released, coinciding with the rapper's thirty-sixth birthday. The result of a few years left to simmer on the shelf is a more mature Wayne, ready to look back on his legacy, talk about the moments that have shaped his life, and ultimately settle into the role of Hip Hop elder statesman. Here we find Wayne at his most contemplative, thinking about what he'll leave behind and delivering several messages to his children over the course of the twenty-three track, hour and a half journey.

The album starts with the rapper's mom Jacida Carter, emotionally discussing how important her son is to her. "I just pray things go well for you in life" she says on the spoken word intro. "I thank the lord, because I know you have been through a lot that I don't even know about. mama love you."

XXXTentacion is the first of several powerful, high-profile guests lined up for Tha Carter V. Wayne swims in the style of Snoop Dogg and Travis Scott during their appearances, and he gets a silky, sultry performance from Nicki Minaj on "Dark Side Of The Moon." The biggest cameo comes courtesy of Kendrick Lamar, as the two volley back and forth for the title of best rapper alive on "Mona Lisa." The pair put on a storytelling seminar, and the track stands tall above the already exemplary collection from Weezy F Baby.

The oversized CV manages to stay consistent, even as it wobbles in the latter half of a long listen. The bars are still sharp for Wayne, but he's at his most potent when it gets personal. The MC discusses family and his legacy throughout Tha Carter V, but it's the album's final song in which he deals with his self-inflicted gunshot wound from his youth that demands the most attention. "I shot it, and I woke up with blood all around me" he raps. "It's mine, I didn't die, but as I was dying, God came to my side and we talked about it. He sold me another life and he made a prophet."