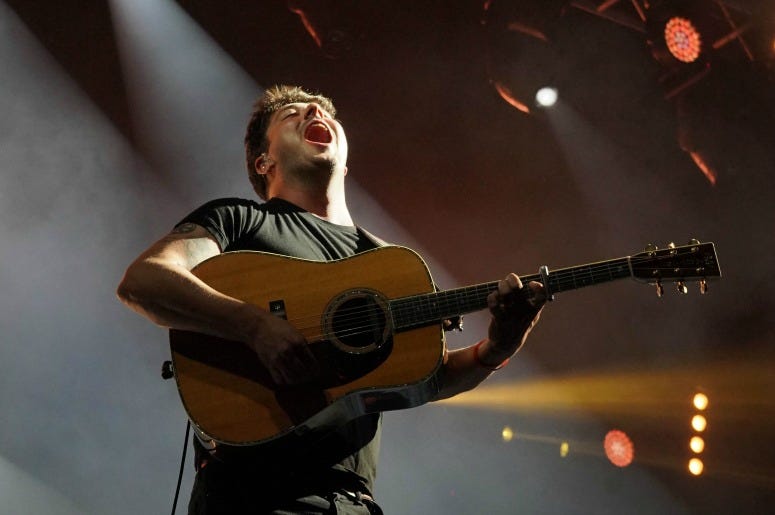 The strings swell and the emotion builds on "If I Say", the latest sample of Mumford & Sons upcoming album Delta.

The song has actually been in the setlist for the band before, but grew in size and sound during the making of their fourth studio album. Ben Lovett of the band explained this week that the song actually first came to him in a dream. "I was actually asleep in an apartment in New York, and I dreamt this song" he told Zane Lowe on Thursday. "I went into my bathroom and recorded it on my voice memo at 3:00 a.m. I sent it to everyone the next morning and they were like, 'Yup, okay. That's a song.'"

"It's completely different now from when we toured it" guitarist Winston Marshall told us earlier this year. "And it's absolutely mind-blowing."

We've been told that Delta is set to be more tender than 2015's Wilder Mind, and "If I Say" is a sweet step in that direction.

The album is out on November 16th, but the band was kind enough to give us a track-by-track breakdown when we caught up with them. They also gave us a goosebump-inducing performance of the album's lead single "Guiding Light." Watch them both below.