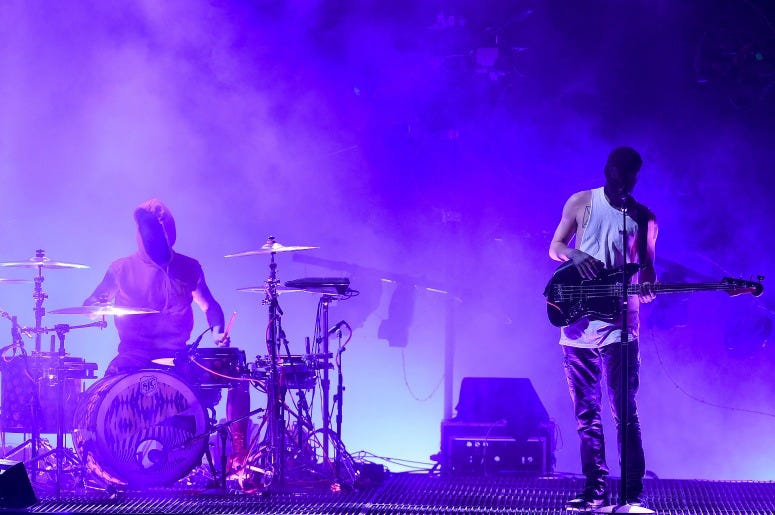 As Twenty One Pilots inch closer to the release of their new album Trench on October 5th, the band has released “My Blood”. The song serves as the fourth release from the album, and appears to take part outside of the trilogy of the first three videos.

“My Blood” is a strutting slice of soul, featuring a falsetto that would make a Bee Gee jealous. The video shows Tyler Joseph laying down the hypnotic bassline that drives the song.

The “My Blood” video is a big difference from the cinematic story told over the first three videos from Trench. The solitude of Joseph in a dark studio is more intimate for this ode to loyalty.

The “Jumpsuit” singers will launch The Bandito Tour across the U.S. in October. You can check out the full list of dates here, or pre-order Trench here.