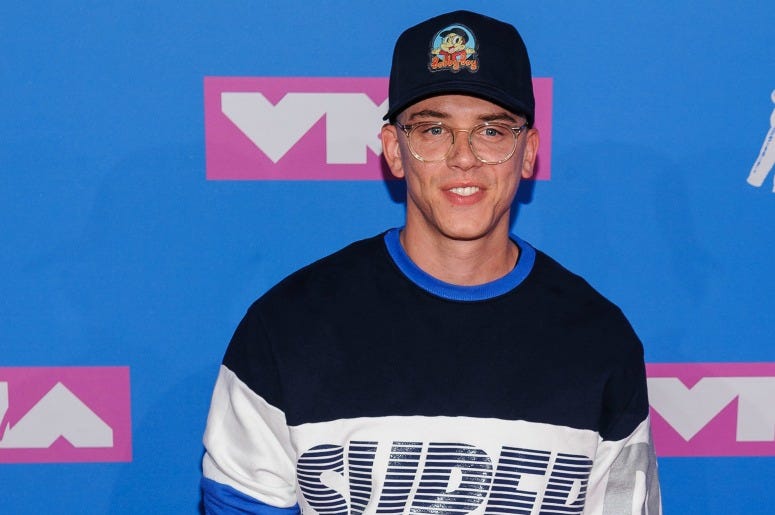 Logic is “preaching positivity”, yet warning all who oppose the Maryland MC on his latest single.

“Back then I thought I’d be defined by how good I rhymed, not like these rappers with **** flows who look good online” he raps on “The Return”. On the song he discusses coming up through the game, and the state of the industry. “**** a mumble, let’s make America rap again” he goes on to say.

The song name checks some of the greatest rappers of all time including Andre 3000 of Outkast and the Wu-Tang Clan, but it’s an invitation to Jay Z that’s been catching attention.

“I’m calling out Jay Z to jump on a track with me and smack the whole industry” says Logic in the last verse. “Show ‘em what that real rap do, the balls in your court Hov I hope to hear from Guru.”

“The Return” follows Logic’s last single, “One Day” featuring Ryan Tedder of OneRepublic. The pair performed that song on the MTV Video Music Awards earlier this week with the help of families impacted by the immigration issues at the border.