"Us kids don't know what we're talking about, that we're too young to understand how the government works. We call BS” declared Emma González, a senior at Marjory Stoneman Douglas High School at an anti-gun rally in February of 2018. The Parkland shooting survivor's impassioned plea is featured at the beginning, and throughout Madonna's new single "I Rise." 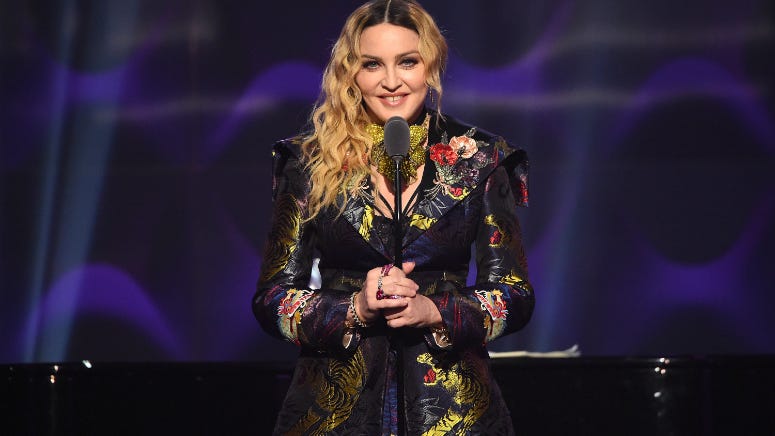 Madonna Escapes to Marriage in New Video for "Medellin"

“Not bulletproof, shouldn’t have to run from a gun" she sings on the statement song. "River of tears ran dry, let 'em run. No game that you can play with me, I ain’t one.”

For Madonna, the song hopes to lift up those that don't believe they have the space to speak. "I wrote ‘I Rise’ as a way of giving a voice to all marginalized people who feel they don’t have the opportunity to speak their mind" she says in a release. "This year is the 50th anniversary of Pride and I hope this song encourages all individuals to be who they are, to speak their minds and to love themselves.”

"I Rise" follows "Medellin" as the first two tastes of the iconic artist's album due out on June 14th. Madame X is the first new work from Madonna since the release of Rebel Heart in 2015.

Madonna and Maluma performed "Medellin" for the first time this week at the 2019 Billboard Music Awards.