Maren Morris has done an interview and photo shoot for the upcoming Gender + Sexuality issue of Playboy. The GIRL singer posted a preview on Tuesday from the shoot, writing "strip it down. something with Playboy is coming next week" next to the photo from photographer Harper Smith.

strip it down. something with @playboy is coming next week... 🌼 // 📷: @harpersmithphoto

After an initial backlash from some, Morris quickly spoke out in an Instagram story. "The thing about me is, I make music for myself. I learned later that it touches others, which is the most wonderful byproduct of a songwriter’s calling" she wrote next to another black and white photo from the shoot. "Some can slut-shame me for my lyrics about sex, and you can put me in your little box, but I just want to live and love."

"I recently accepted myself and will put these photos in a frame because I’ll never have this moment back” she added. “Can’t wait for you to read my interview with Playboy in their ‘Gender + Sexuality’ issue next week. I drop some truth too.” 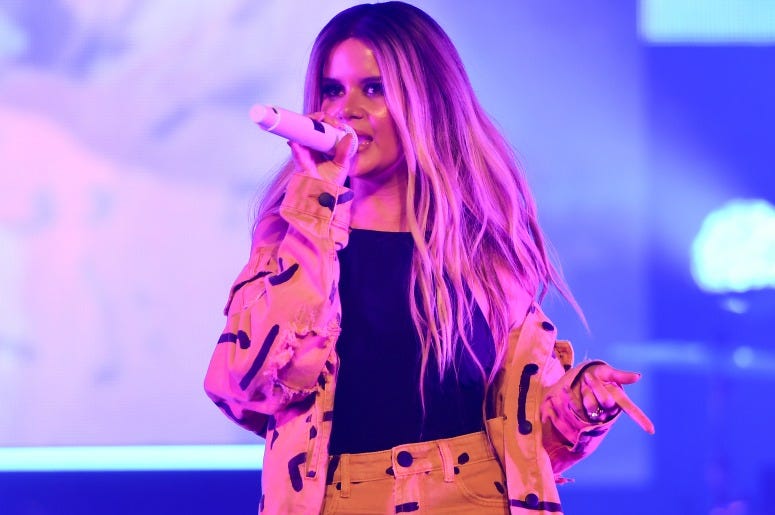 The upcoming issue of Playboy is due out next week. Expect the interview to be candid, as Morris has been opening up lately about her relationship and personal well-being.

"This year, I’ve been a 'student of the soul'" she wrote on Instagram last month. "Going to therapy, exercising, listening to my partner better, putting my phone down & really enjoying the company of my friends and family when I’m home, trusting my intuition on those I should lean into and those I should avoid, making amends with people (even when it sometimes feels futile), admitting when I’ve screwed up, finding joy during my shows and not overanalyzing every move or word, meditating through my anxiety, letting myself remain open in a society that likes to magnify and mock vulnerability, learning to just EXHALE... and I feel so much better and finally feel the positive effects of this lifelong process."

Morris released her second album GIRL in March, and is set for a string of festival appearances this summer before returning to her GIRL: The World Tour in September. You can find the full list of upcoming shows here.