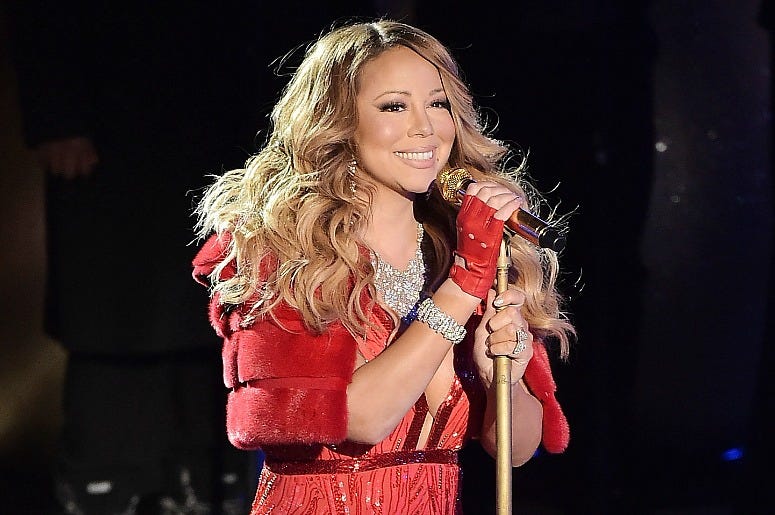 Mariah Carey stopped by The Tonight Show on Friday, and told the orgin story of the biggest Christmas song of all time.

"The label was like, 'you should do a Christmas album', and I was like, really? It seems kind of early in my life to do that" Carey explained to Jimmy Fallon. "I was like okay, I love Christmas, I'll just sit down and try to work it out."

It worked out just fine, as "All I Want For Christmas" is the most downloaded and highest grossing Christmas song of all time. However, Mariah tries to avoid unwrapping the holiday classic until after Thanksgiving. "I have this rule where I try to get through Thanksgiving. I don't like when people rush it, because once I start, I don't stop" said Mariah.

Fortunately, some rules were meant to be broken. Even Mariah can't resist sometimes.