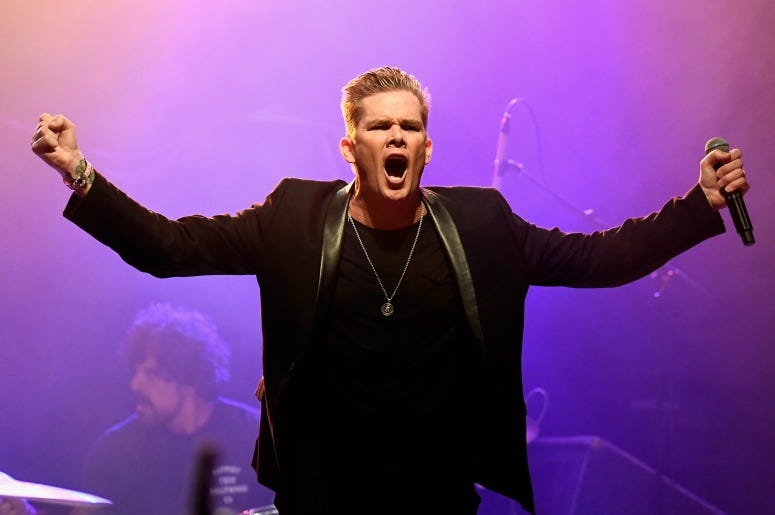 For holiday shows in the past they have invited artists like Steven Tyler, Billy Idol, and Ozzy Osbourne to be a part of the action. On Monday night they assembled again for another performance, this time with Rage Against The Machine's Brad Wilk jumping in on drums. With Wilk behind the kit, the band took on "Bulls On Parade", this time without Zach de la Rocha, but with Mark McGrath on vocals.

McGrath tackles the tune with the same charm of an office karaoke party, unsure of all the words but ready to leave it all out on the field for the chorus.

Billy Corgan also was a part of the show, covering a Jane's Addiction classics and performing "Bullet With Butterfly Wings." Actress and singer Juliette Lewis also joined in on this Van Halen cover.

Corgan and McGrath have been intertwined all year long, with McGrath making appearances throughout The Smashing Pumpkins' 30th Anniversary tour and showing up in one the band's videos earlier this year.

news
Is it Safe to Invite Your Friends to Swim in Your Pool During COVID-19 Pandemic?
news
Florida Governor Has ‘No Doubt’ Disney World Reopening Will Be a Safe Environment
news
Dunkin' Closing 450 Locations by the End of the Year
news
Did Coronavirus Quarantine Raise the Risk of Vitamin D Deficiency?
news
Woman Gives Birth to Triplets After Surviving COVID-19
sports
NFLPA Says They Told League to 'Kick Rocks' After Salary Escrow Proposal