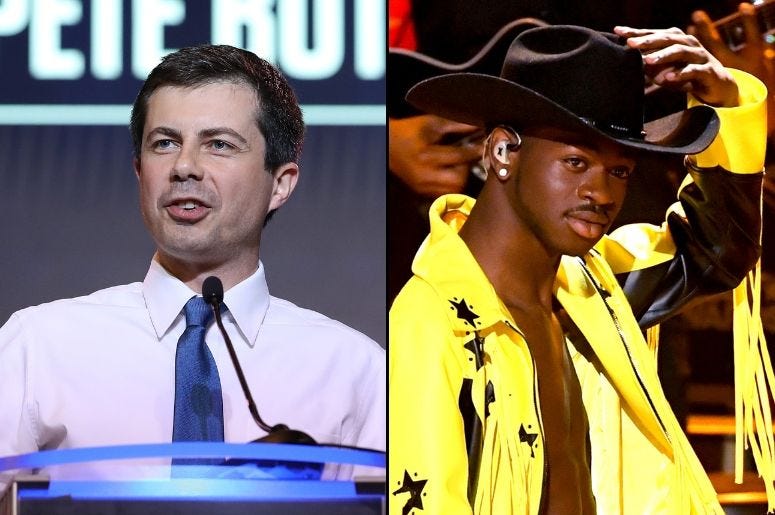 Inspired at the end of Pride Month, "Old Town Road" singer Lil Nas X revealed that he was gay this weekend through a series of tweets and clues from his music.

"Some of y’all already know, some of y’all don’t care, some of y’all not gone fwm no more" he wrote in a tweet on Sunday, accompanied by a rainbow emoji. "But before this month ends I want y’all to listen closely to c7osure." 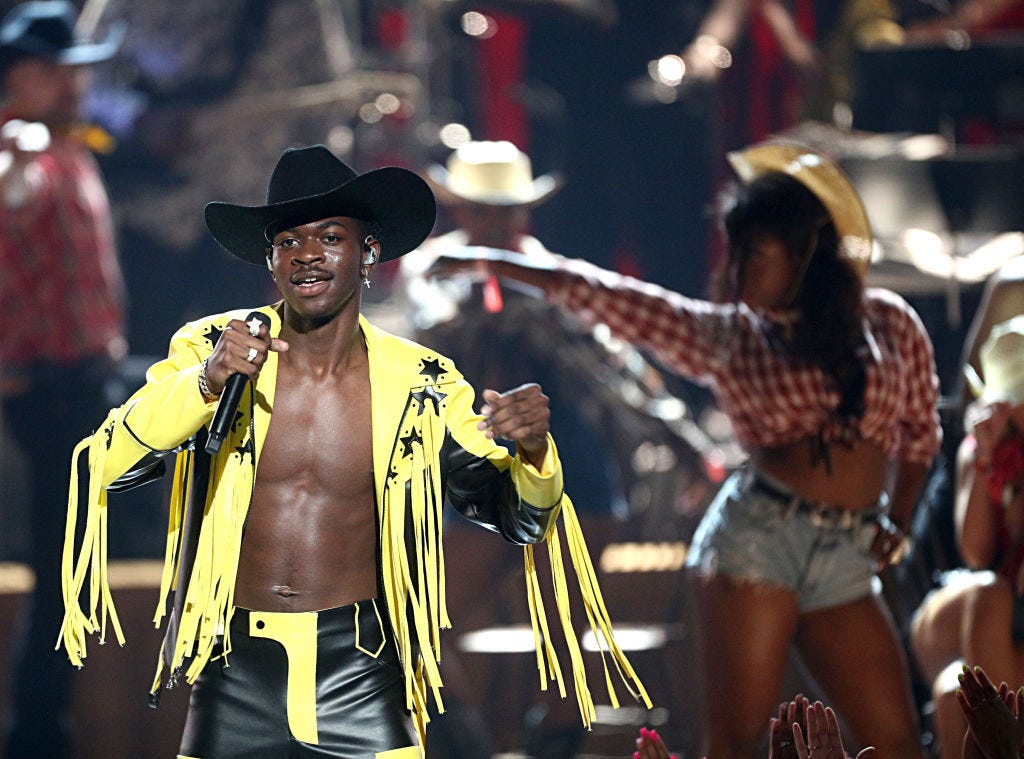 Lil Nas X Appears to Come Out With Pride Rainbow: ‘I Thought I Made It Obvious’

The message came with a video of the song from Lil Nas X's debut EP,  "This is what I gotta do can't be regretting when I'm old" he sings on the breezy upbeat track. "I set boundaries for myself, it's time to cross the line."

He followed with a zoomed-in image of his 7 EP cover, revealing the rainbow image projected on to one the buildings. "dead*** thought i made it obvious" he commented.

deadass thought i made it obvious pic.twitter.com/HFCbVqBkLM

The news of Lil Nas X coming out has drawn a response from Presidential hopeful Pete Buttigieg, who issued his own message of support this week. The Mayor of South Bend, Indiana came out before his own reelection in 2015.

"Lil Nas X has gone from viral sensation to groundbreaking musician. As a fan, I’m thrilled and inspired to see him standing in his truth as a member of the LGBTQ community" wrote Buttigieg. "Welcome to the family!"

.@LilNasX has gone from viral sensation to groundbreaking musician. As a fan, I’m thrilled and inspired to see him standing in his truth as a member of the LGBTQ community. Welcome to the family! #pride https://t.co/H81iXxCII6

This week, Lil Nas X set the record for the longest-running number one Hip Hop song, after landing in the top spot again with "Old Town Road" for a 13th week in a row. The song is featured on his freshly released 7 EP, including his follow-up "Panini" and "Rodeo" featuring Cardi B. It's now available everywhere.

In the days since coming out, Lil Nas X has hilariously handled comments on Twitter with a series of posts. You can check out some of his best responses below.

just got news that i’m gay and i will no longer be streaming my music. i’m sorry that shit is just not ok.