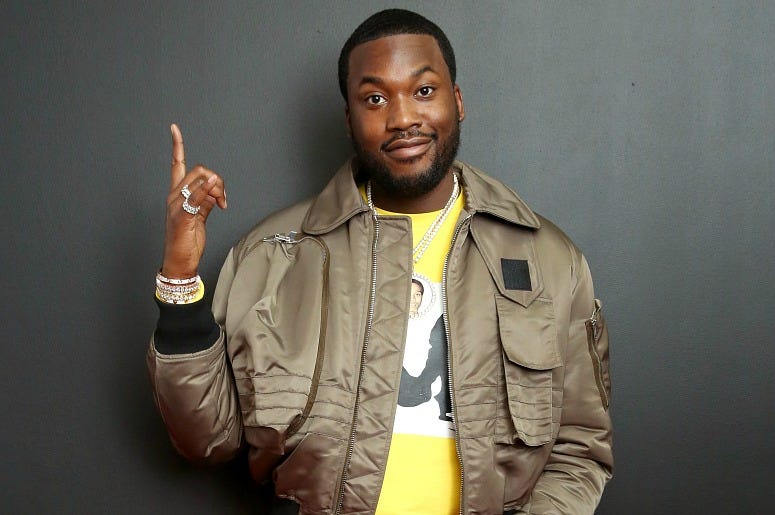 "I wanted to pay the people back that actually came out and supported me" Meek Mill told Ellen on her show Wednesday. "Really just make what's right, right. A lot of these things don't make sense, and everybody know they don't make sense, but nobody focuses on changing them."

The pair talked about their ping pong match before the segment, and detailed his history in the criminal justice system. Mill has become a voice for criminal justice reform since his release from prison.

Meek also detailed his habit of watching Ellen while in jail, and told her about the moment he learned he would be released. "I'm watching the news and, 'Meek Mill is up for bail', I dropped my food, jumped up in the air, and you know I was leaving ten minutes later" he explained.

Meek's CHAMPIONSHIPS album is due out on Friday, and his tour will begin in February. You can find all of the dates here.