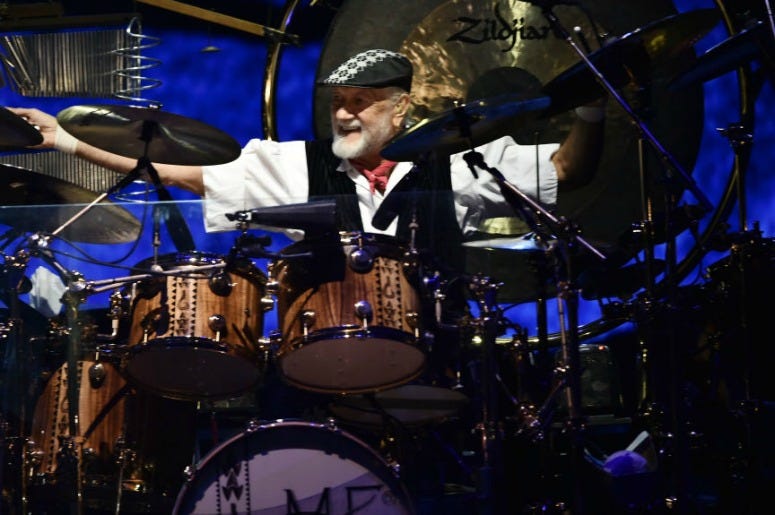 Back in April Fleetwood Mac and Lindsey Buckingham decided to go their own way.

The abrupt announcement was the result of disagreements over rehearsal for Fleetwood Mac’s upcoming U.S. tour and is the latest in a long history of family friction. The band eventually broke the chain and replaced Buckingham with Mike Campbell of Tom Petty And The Heartbreakers and Neil Finn of Crowded House.

In the months since, both the band and Buckingham have traded comments about the fallout. The latest comes from drummer Mick Fleetwood during an interview with Billboard.

“In truthful language, we just weren’t happy. And I’ll leave it at that in terms of the dynamic” Fleetwood tells Billboard. “He’s going out on the road more or less the same time I think. Not in the same places, I hope.”

Fleetwood and the rest of the band are currently rehearsing with the new lineup in Los Angeles. “We are a week into rehearsals and it’s going really well and we’re looking forward, in true Fleetwood Mac style” says Fleetwood. “If you know anything about the history of this band, it’s sort of peppered with this type of dramatic stuff. It’s a strange band really.”

Fleetwood Mac are hitting the road on 'An Evening with Fleetwood Mac'. Presales start on 4/30 at 10am local time.

The tour for the band kicks off on October 3rd in Tulsa and continues through April of 2019.