Mick Jagger of The Rolling Stones is set to undergo heart valve replacement surgery this week, according to sources connected to The Drudge Report. The iconic 75-year-old singer is reportedly scheduled to be in New York City for the procedure, and is expected to make a full recovery and be back on stage this summer.

The news of Jagger's condition comes days after a statement from the band, postponing their upcoming No Filter US Tour which was scheduled to start later this month. "Mick Jagger has been advised by doctors that he cannot go on tour at this time as he needs medical treatment” it reads. “The doctors have advised Mick that he is expected to make a complete recovery so that he can get back on stage as soon as possible.” 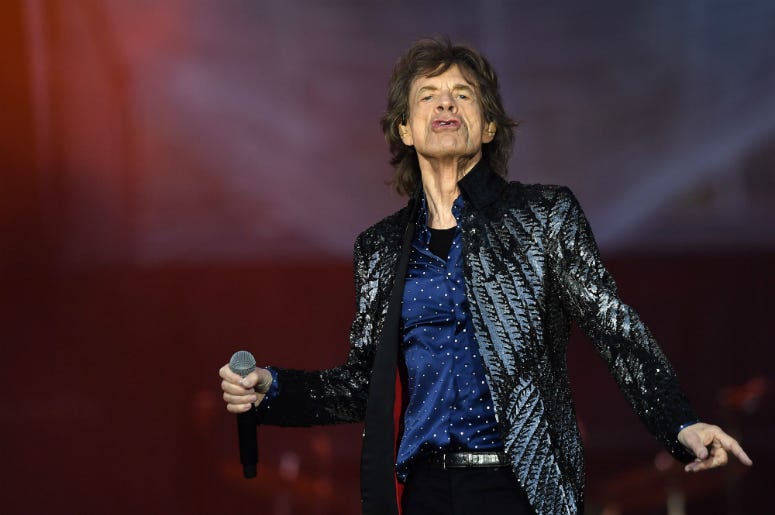 "I’m so sorry to all our fans in America & Canada with tickets" Jagger followed up in a tweet. "I really hate letting you down like this. I’m devastated for having to postpone the tour but I will be working very hard to be back on stage as soon as I can. Once again, huge apologies to everyone."

The condition was likely discovered during preparations and rehearsal for the upcoming trek. Jagger explained his routine to getting ready for a tour last year to RADIO.COM, saying, "At this point I'm just keeping a plateau of fitness as far as physical things are concerned."

"I've gotta be kinda ready for anything going into the rehearsal" added Mick. "I've gotta be almost stage ready before I start rehearsing in my mind. So that means over the next months I've gotta think about those things every day."

Jagger has been described as being in "extraordinary physical condition."

Both Keith Richards and Ronnie Wood shared their disappointment in the development and support for Mick after the announcement. "We’ll miss you over the next few weeks, but we’re looking forward to seeing you all again very soon" wrote Wood on Saturday. "Mick, we are always there for you!" Richards replied to the news.

We’ll miss you over the next few weeks, but we’re looking forward to seeing you all again very soon. Here’s to Mick 💪 ~ thanks for your supportive messages it means so much to us 🎸🎶🎤 🎸🎶 @RollingStones

A big disappointment for everyone but things need to be taken care of and we will see you soon. Mick, we are always there for you!

An announcement for rescheduled dates is expected soon.