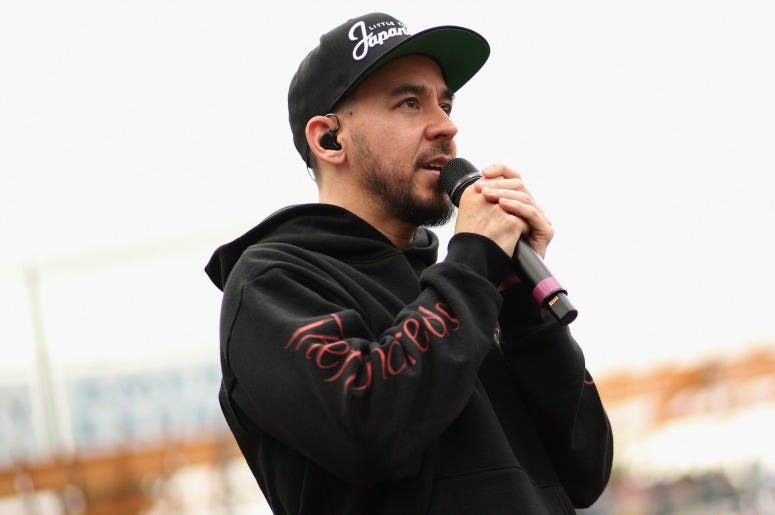 A tour was never intended for Mike Shinoda. The album Post Traumatic wasn't even an idea for Mike when he first went back into the studio.

"When Chester passed away, I didn't start it thinking 'I'm gonna make an album', I was kind of like, trying to get back in the studio and get over my anxiety. I walk in the studio and it was just hard" Shinoda explains about the months after the death of Linkin Park singer Chester Bennington. "All of the sudden I was making little jams, and the jams turned into songs, and the songs turned into this album, which became this diary in a sense."

The process helped Shinoda process his grief, finding hope and pleasure in the music. When it came time to take it to the stage for the first time, he looked to strip it down to the most minimal state to understand what this was and what it could be. Eventually he added a mix of songs from Linkin Park, Post Traumatic, and Fort Minor, he added a drummer and a keyboard player, but most importantly he added the emotional connection that the album was born out of.

"I realized that the show, doesn't have to be just a show" Shinoda tells us. "It's an experience. People are coming there for a variety of reasons, one of which is to hear the songs they know and have fun. And there's another part of it that's this communal spiritual experience, or it's a connective experience. There's something else going on."

The impact has been real, and it's evident in just the few one-off performances Shinoda has had since the release of the album. He's shared on social media the videos of fans who have felt the connection, and have seen their way out of some sort of darkness because of this experience. "There's something very natural about, just realizing there's a special human connection and a shared path that we've had through Linkin Park and through the music in general from then until now."

Shinoda has become an important part of an important conversation for a lot of people. "We're talking, a lot of times it ends up being conversations about some serious and heavy subjects, like mental health, and things like that" Mike explains. "Mental health should be treated like physical health."

Mike has taken to embodying the message of hope and help that he puts forth in Post Traumatic. He talks glowing about the power of the fans and how their love has helped power him through some of the highest hurdles. "I knew that there was a reason to get out there and say thank you in person, and to bring this community together for a really special moment."

The statement of the songs is distilled in the experience of the show and in Shinoda himself. That shines through clearly in "Make It Up As I Go",  a Post Traumatic tune featuring K.Flay for which the two just released a video.

"It's one of the most fundamental themes of the record, that idea that you don't know where things might take you" says Shinoda. "Do you retreat from that, or do you just go head first into it? And that's where I'm at."

Mike Shinoda kicks off the Monster Energy Outbreak Tour on October 10th. You can find the full list of dates here.

To hear much more from Mike Shinoda, check out the full interview below.