It seems like every day has been Throwback Thursday lately for Miley Cyrus. The "Nothing Breaks Like a Heart" singer has been dipping back into her double life on social media, rocking her blonde Hannah Montana hair last month and honoring the 13th anniversary of the star-making show with some old photos. Now with Billy Ray Cyrus getting in on the act, the two are celebrating the 10 year anniversary of Hannah Montana: The Movie. 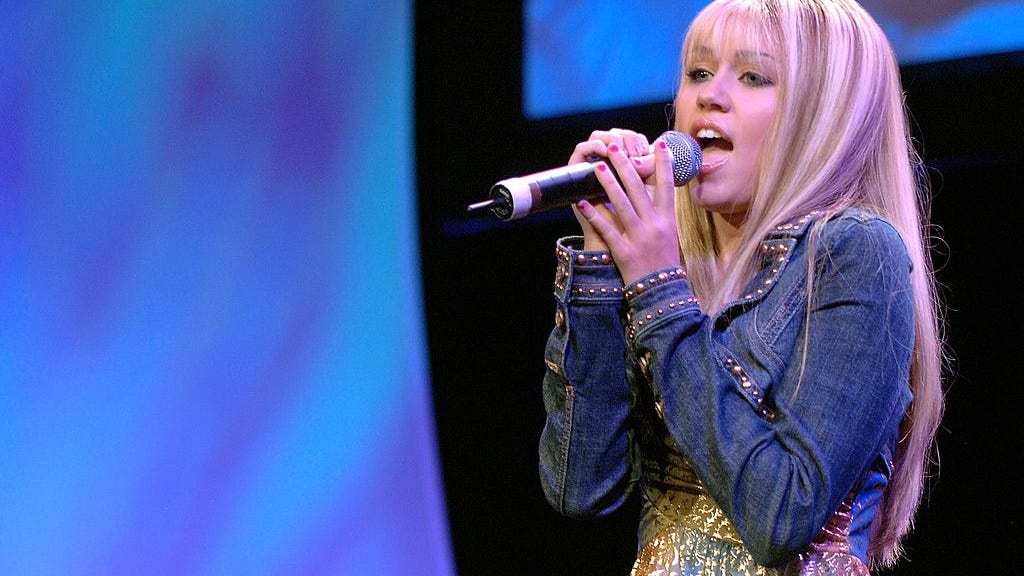 Cyrus and her father took the alter-ego show to the big screen in 2009, and we've been singing "The Climb" ever since. Both Billy Ray and Miley posted tributes to the film on Wednesday, with Miley sharing a classic shot and Billy Ray remixing a dance scene with his new collaboration with Lil Nas X.

It seems like just yesterday that Miley was fighting over shoes with Tyra Banks. Look how far we've come.

If you ever wanted to rock the fashion of Hannah Montana, there is an auction that has just been announced, including some of the props and costumes from the show. It all happens at New York City's Hard Rock Cafe on May 18th. You could be sporting a Best of Both Worlds black satin jacket, or a pair of Hannah's customized high-top sneakers. All the proceeds benefit Wilder Minds charity, which helps at-risk animals. You can find more details about the auction here.