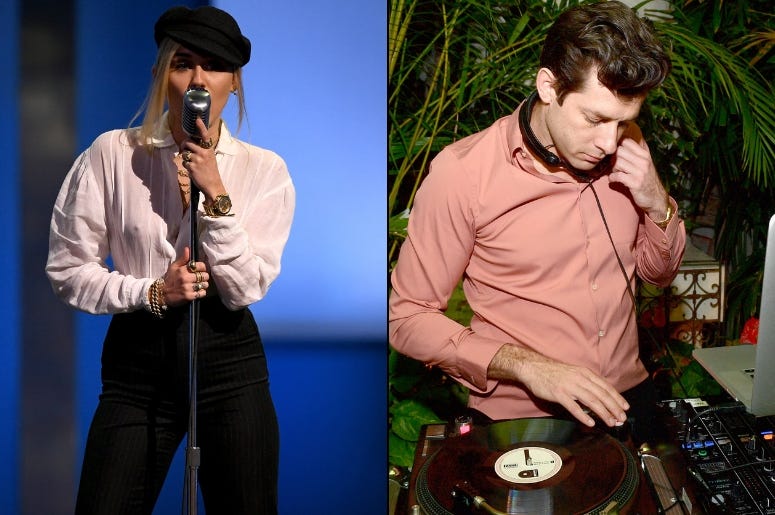 Nearly four years after first unleashing "Uptown Funk" on the masses, multi-hyphenate mastermind Mark Ronson is ready to turn his attention back towards himself. The producer behind Lady Gaga, Amy Winehouse, Bruno Mars, and a list of other A-List singers is ready to release a fifth studio album of his own. This time around, with his own personal struggles casting a shadow over his music.

Ronson tells the BBC that his recent divorce has put emotion ahead of beats, and has put his music in a different space. "I'm not saying that the bad stuff was worth it but [the music> was definitely a positive by-product of that" he explains.

His personal life has also helped him to gravitate toward a new type of collaboration, with a watchful eye on artists who could convey that spirit in their voice. One of those new muses is Miley Cyrus, a singer how has recently reverted back to the soulful folk flourish of her youth. "I heard the drawl in her voice and the twang when I saw her live on SNL. My jaw dropped and I became super-fixated about being able to work with her" Ronson told the BBC.

"Nothing Breaks Like A Heart" features Miley Cyrus, and is the first song from Ronson's upcoming album. The pair will perform the song on Saturday Night Live on December 15th. The song is now available everywhere.