The fifth season of Black Mirror arrived on Netflix Wednesday, and features Miley Cyrus playing a familiar role. The SHE IS COMING singer is a pop star who battles to break out, with forces around her restraining her from finding her true voice. It might echo the early career of the Hannah Montana star, hopefully without the extreme measures featured in the freaked out future world of Black Mirror. 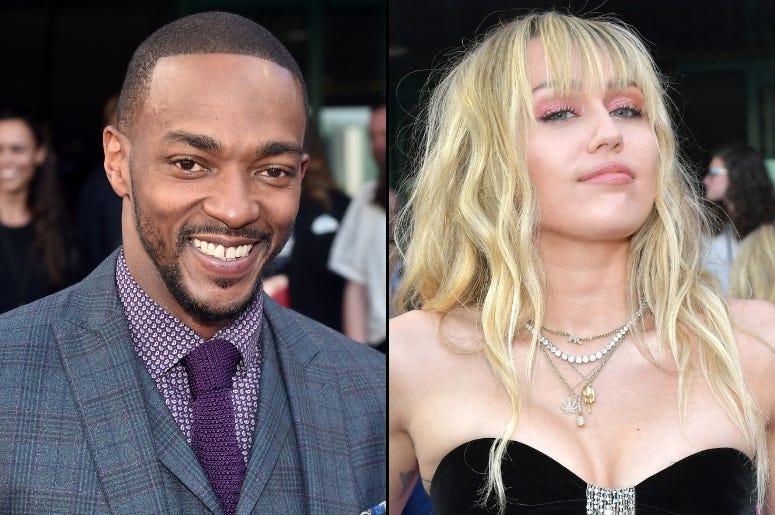 Cyrus plays Ashley O, an upbeat beacon of positivity who is fractured beneath the surface. Her big hit that plays across entertainment shows and in the bedroom of teenage girls is, "On A Roll." It is an upbeat affirmation, but in reality it is a remix of a Nine Inch Nails classic. Cyrus and the writers of the show take the 1990 song "Head Like a Hole" and make it an encouragement anthem. Somehow, it works.

“That’s one thing that was in the script quite early on, but we had to get permission from Trent Reznor to do that and rewrite some of his tracks as upbeat pop songs" creator Charlie Brooker tells NME. "At the end, she does a f***ing good job of doing ‘Head Like A Hole.’” According to Brooker, Trent Reznor was on-board almost immediately. “He got it straight away” he explains. “It was via email and he was really happy. He wanted to see the script and I got to rewrite his lyrics in a chirpy way. I’m not the best lyricist in the world, and there’s one point where she’s singing ‘I’m stoked on ambition and verve’ instead of ‘you’re gonna get what you deserve.’”

Reznor and the band are already embracing the song and the show, collaborating to make shirts featuring the lyrics.

Dear world, I can hardly recognize you anymore https://t.co/OOawqYV0US

“He thought it was all very funny" adds producer Annabel Jones. "He found all of the dark comedy very entertaining."

The episode “Rachel, Jack and Ashley Too” is now streaming on Netflix, and is one of three new episodes for the series. On Friday, Miley Cyrus released her first of three EPs this year, titled SHE IS COMING. It's now available everywhere.