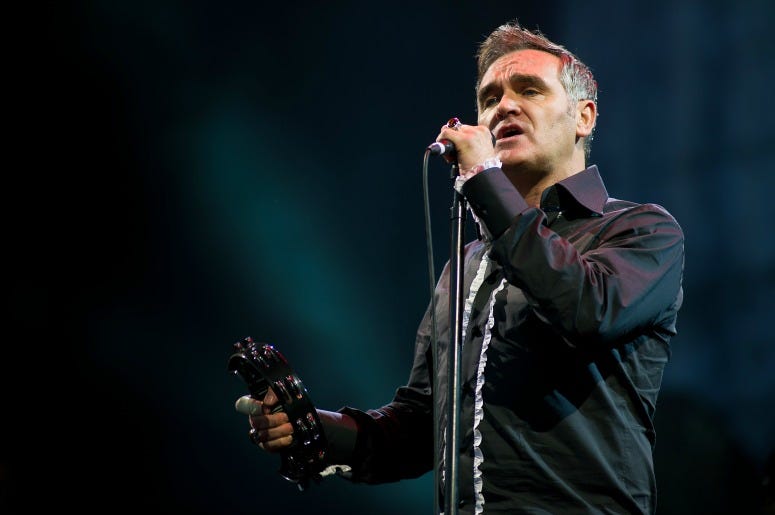 The cover of "Back On The Chain Gang" which Morrissey offered up last month, appears to be just the beginning of The Smiths singer's newfound inspiration. On his website Wednesday, Morrissey revealed the tracklist for an upcoming album titled California Son.

The collection of covers features songs by Bob Dylan, Joni Mitchell, Roy Orbison, Dionne Warwick, Carly Simon, and several other artists. No release date or other information is available at this time, other than that it will be produced by Joe Chiccarelli. Chiccarelli worked previously with Morrissey on his Low in High School album, and has several GRAMMY awards, working with artists like The White Stripes, The Shins, and My Morning Jacket.

Here is the full tracklist for California Son.

For more Morrissey, check out his Pretenders cover released last month. The song serves as a bonus track to his most recent album reissue, Low in High School, which is available on vinyl December 7th.