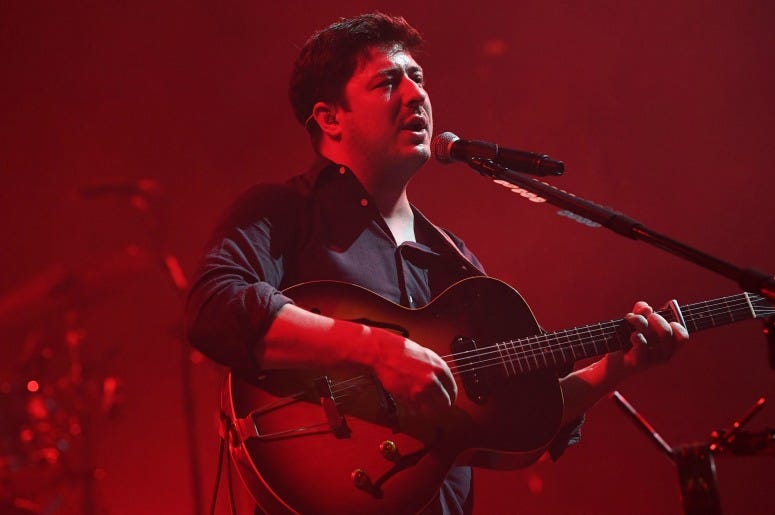 Mumford And Sons will release their fourth album Delta on November 16th, if it's finished.

"We're still working on it" Marcus Mumford explained to Jimmy Fallon on The Tonight Show Monday night. "That's why we're in New York. Obviously to see you - you're our favorite - but also cause we're mixing it."

"Is this the first time you've ever promoted an album that's not finished?" asked Fallon of the band's singer. "It is, but this is the modern world" Marcus laughed.

That's a bold placed to be for an album the band is calling "wildly experimental", but if the lead single "Guiding Light" is any indication then things are heading in the right direction. The band gave the howling new song a TV debut on Monday night.

During his visit to the couch, Marcus Mumford also talked about their encounter with Bruce Springsteen and their process of writing Delta. "We all write songs" said Mumford. "I like it that way, because I hope that means we can be a band for a longer time."

"And they're also my three favorite songwriters in the world. So it works" he added as the crowd erupted in awws. "It sounds like fifty of my mom."

Delta is out November 16th, maybe, but you can pre-order it here.