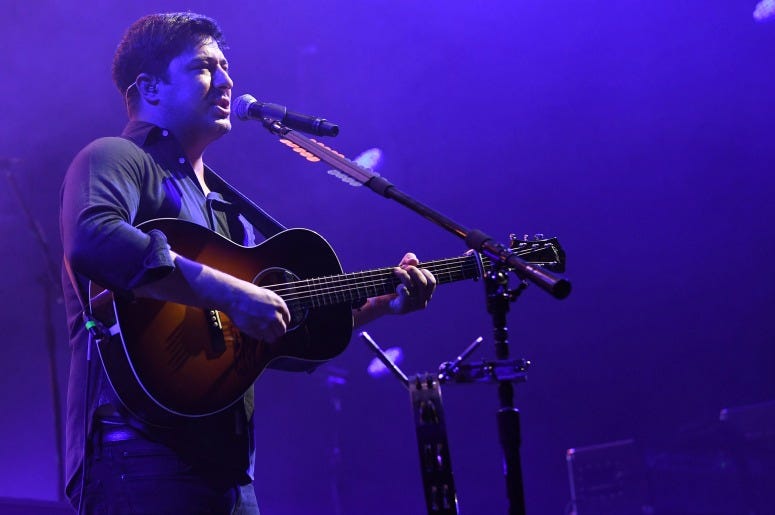 On the day after Mumford & Sons announced their fourth album Delta, the band took to the streets of London to try out their new tune "Guiding Light."

Outside The Tate Modern, the band gathered with family, friends, and fans, teaching them the new song before an outside performance. The moment is captured in the video for "Guiding Light", just released Wednesday.

"Guiding Light took a long time to realize" Marcus Mumford explained to us earlier this month. "We felt like there was a nugget of an idea quite early on, but it took a good year for that idea to work sonically in the studio. That was one where we kept banging our heads against the wall with Paul Epworth, and finally felt like we got that one night when the banjo and the drums fit together for the first time, and that was a cool moment in the record making process."

"Guiding Light" is the lead single and the second song on Mumford & Sons' upcoming album Delta, due out November 16th. To get us ready, the boys offered up a track-by-track breakdown of the album.

The band will embark on a worldwide arena tour this fall in celebration of the album. You can see a full list of dates here. Also, make sure you check out our exclusive stripped-down performance of "Guiding Light" here.