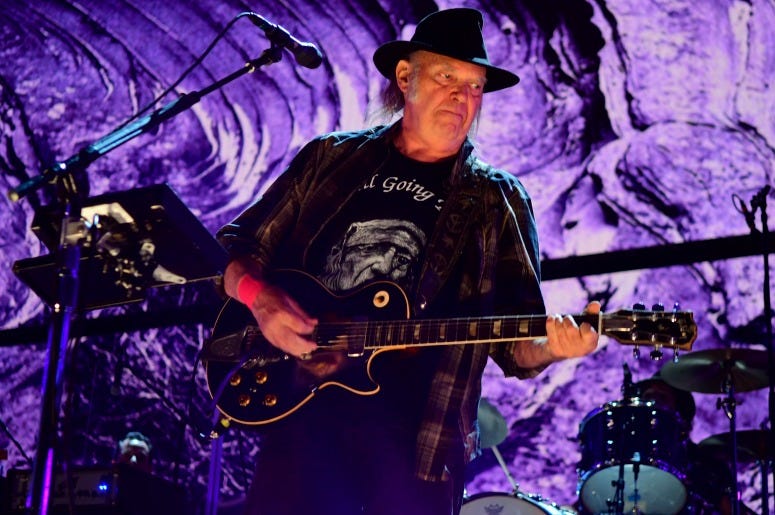 Neil Young followed his own advice this weekend at BottleRock Napa Valley, continuing to rock despite curfew, warnings, and the eventual loss of power.

The rock legend was blasting through his signature song, "Rockin' in the Free World", at the close of his set for the California festival Saturday night as curfew approached. Over 8 minutes into the classic, someone ran onto the stage to warn Young about the impending cutoff, but the icon launched back into another chorus. Soon after, they cut the power from the band. However, Young kept on rocking, playing for another minute and a half as the crowd sang along. 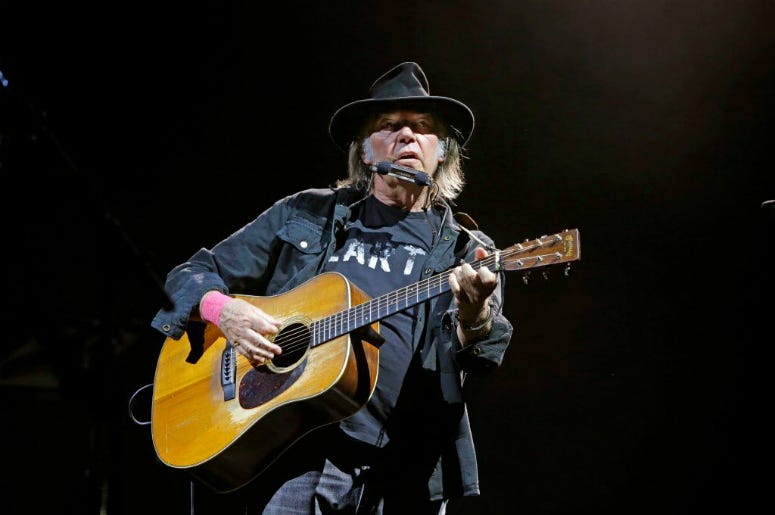 The festival which is located in a residential area has a strict 10 PM cutoff, and has forced artists to end their sets unexpectedly early before. In 2014 the plug was also pulled on The Cure, and in 2017 it was the Foo Fighters who were forced to proceed without power, according to the San Francisco Chronicle.

Young performed alongside Promise of the Real, led by Lukas Nelson. The singer is also said to be working on new music with longtime collaborators Crazy Horse, possibly due out later this year.