Even Tom Holland is warning about spoilers before the new trailer for Spider-Man: Far From Home.

The actor who is notoriously bad at keeping secrets, is featured at the front of a new trailer for the film asking those that have not seen Avengers: Endgame to, "stop watching, because there's some serious spoilers about to come up."

He's not wrong, so if you haven't seen the second-highest grossing film of all time, stop reading. Seriously, if you're not a part of the over 2 billion dollars the movie has made since its release, don't click play. In fact, don't do anything. Drop what you're doing and go see Avengers: Endgame.

Alright. Is that everyone? Good. 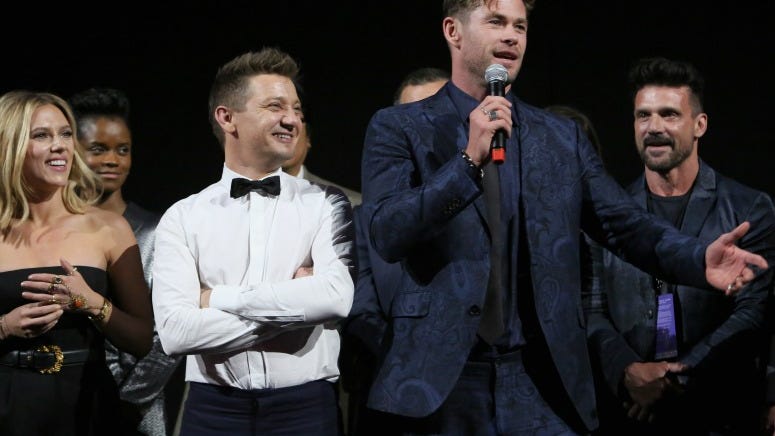 Spider-Man: Far From Home is the first Marvel movie to exist after the events of Avengers: Endgame, as Peter Parker and the world mourn the loss of Tony Stark. "I don't think Tony would have done what he did, if he didn't know that you were going to be here after he was gone" explains Happy played by Jon Favreau, as a tearful Parker looks on. Murals of the fallen hero cover buildings, and the memory of Iron Man looms large over everyone.

The new trailer shows Spider-Man being pushed into service by Nick Fury, played again by Samuel L. Jackson. It also offers the first meeting between the web-slinger and Mysterio, played here by Jake Gyllenhaal. The longtime villain is introduced as an ally this time around, as Parker grapples with new foes and wanting to return to a class trip to be with MJ, played by Zendaya.

Spider-Man: Far From Home is in theaters on July 2nd.