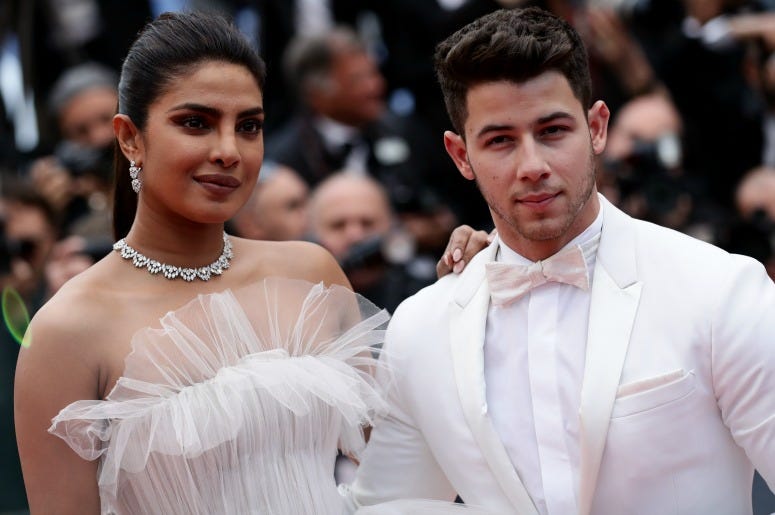 Welcome to Jonas Week. The reunited trio is back with a documentary on Tuesday and a new album on Friday, continuing their resurgence and advancing their pop domination. But with all the new projects on the horizon in every medium imaginable, do any of the brothers have political aspirations? Just ask Priyanka Chopra.

The actress and wife of Jonas Brothers singer Nick Jonas tells The Sunday Times that she can see herself in a position of power, and hopes the same for her husband. "I would love to run for prime minister of India. I would love Nick to run for president,” explains Chopra. “I don’t like the things associated with politics… but I know that both of us really want to make a change. Never say never.”

The good news for Nick is that he has a few years to think about it. The 26-year-old is currently 9 years too young to hold the office, and he has pretty busy schedule between now and Election Day 2020. In addition to the doc and the album, the group is kicking off a new tour in August and also have a memoir coming in November. 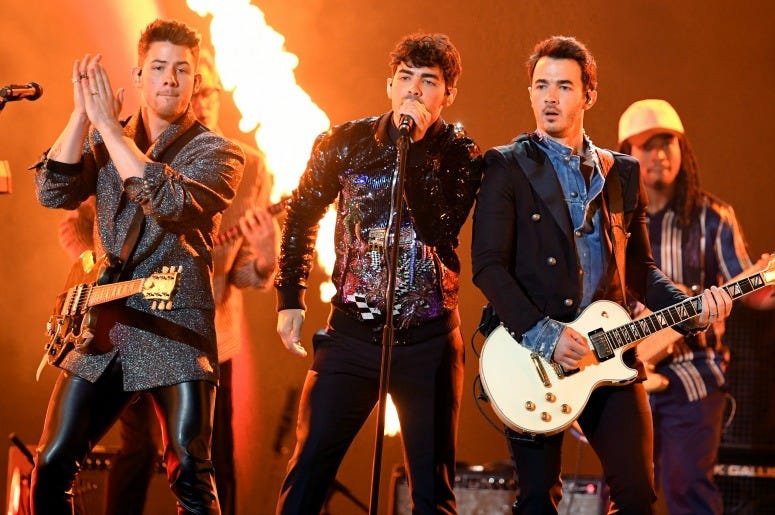 Jonas Brothers Are Sharing Stories in Their Upcoming Memoir 'BLOOD'

Chopra goes on to gush about her husband and how he isn't afraid of being a feminist. "I don’t think I’ve ever been with someone who is self-assured enough for me to be in the spotlight and for him to be okay with it" she adds in the talk with The Sunday Times. "As women, we’re normally the ones who have to say, ‘Yeah, I can move that appointment,’ or ‘What you did at work today was amazing.’ That’s what made Nick so different."

The Jonas Brothers have emerged as a huge success in 2019, after a breakup in 2013 went way deeper than music. “I feared that, you know, we – they would never speak to me again” Nick said this weekend during a sit down with CBS Sunday Morning. "I think we definitely were supposed to go through all of what we went through to get to this point” added Joe Jonas. “We got a do-over, and I think this time around we’re going to do it right.”

The documentary chronicling the brothers relationship and the therapy that ultimately got the group back together debuts on Amazon on June 4th. Their first album in 10 years drops this Friday. You can see the full tracklist for Happiness Begins here.