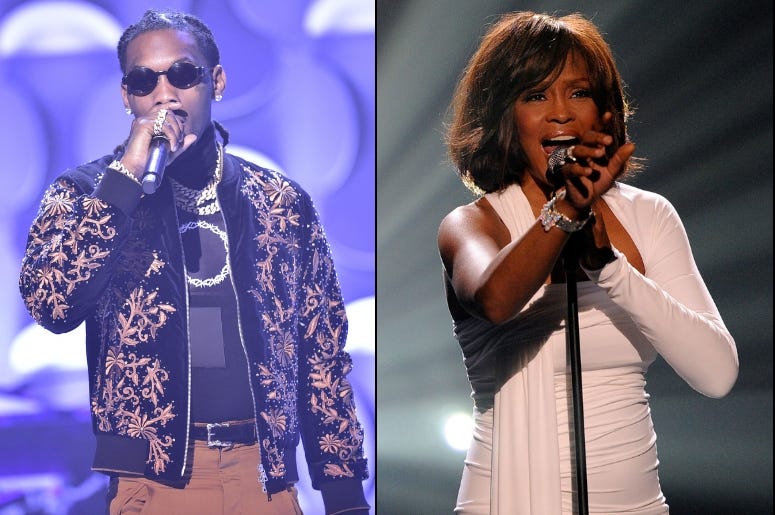 Offset has sat down with The New York Times for a wide ranging interview, in which the rapper discusses his family life, his car accident earlier this year, and his new child with wife Cardi B. All of that is interesting, and it's a great read, but the real gem comes courtesy of the Migos member's mother.

In the interview, it's his mother that reveals that Offset was once a backup dancer for Whitney Houston. At the age of 10, Kiari Kendrell Cephus is seen dancing, suited up next to Whitney during the video for "Whatchulookinat."

I BEEN DOING THIS ENTERTAINMENT GOD MY WITNESS WHICH ONE IS ME ????

Elsewhere Offset confirmed that the third and final solo Migos album would be arriving on December 14th, the same date as his 27th birthday. A lead single from the album was released briefly on Friday, but has been taken down.

Remarkably, this isn't the only "kids grow up to be hip hop stars" story this week.

On Tuesday it was revealed that Donald Glover makes a brief appearance in the Beastie Boys concert film Awesome, I F***** Shot That from 2006. Childish Gambino is 21 at the time of the concert's filming in 2004, and he is briefly shown rapping along to every word of "Three MC's And One DJ." You never know who is going to grow up to spit fire. Teach those children well.