We learned two important things when Offset sat down with GQ.

The first is that the members of Migos have a group chat called "Gang Gang." We now only participate in group chats with this name. Heads up family and friends. 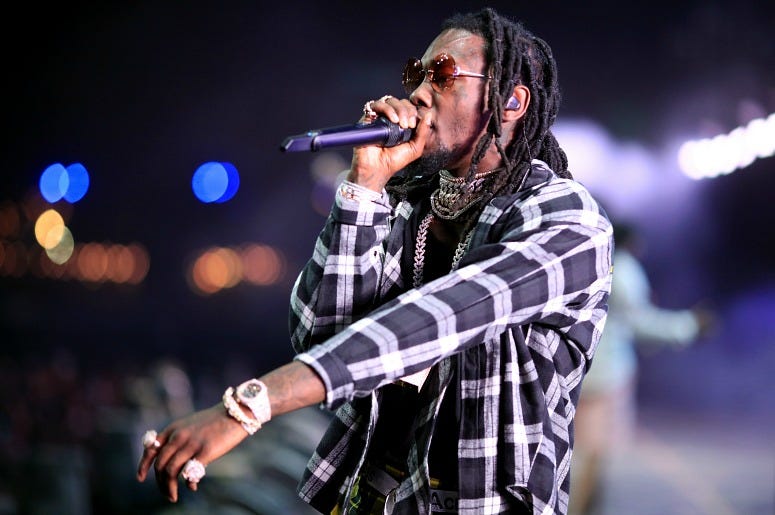 Offset Raises the Bar on Revealing Debut 'FATHER OF 4'

The second is that Offset and the other members of Migos were not feeling that SNL parody of their group. “I have to be honest, we didn’t like that skit" he explains in the video.

The FATHER OF 4 rapper went undercover with GQ, responding to fans comments and questions across different web platforms like YouTube and Twitter. When someone asked about his feelings on Saturday Night Live's "Friendos" sketch he made his feelings very clear. "It was like the totally opposite of the Migos" he continues while replying to the comment. "We rock with each other. We ain't arguing."

The SNL sketch stars Childish Gambino alongside Kenan Thompson and Chris Redd, acting and rapping in the style of Migos. The three take a pause from their life to go to therapy, and connect with each other in an emotional moment.

"I felt like it was interpreted like we was some dodo birds, like let’s go against each other" Offset tells GQ. "I ain't really feel that. We weren’t feeling that.”

In real life, therapy is likely never discussed in the "Gang Gang" group text. Elsewhere though the FATHER OF 4 MC does take some time to discuss the meaning of Migos, saying "Migos in Spanish means friends, but to us it's family. We all together."