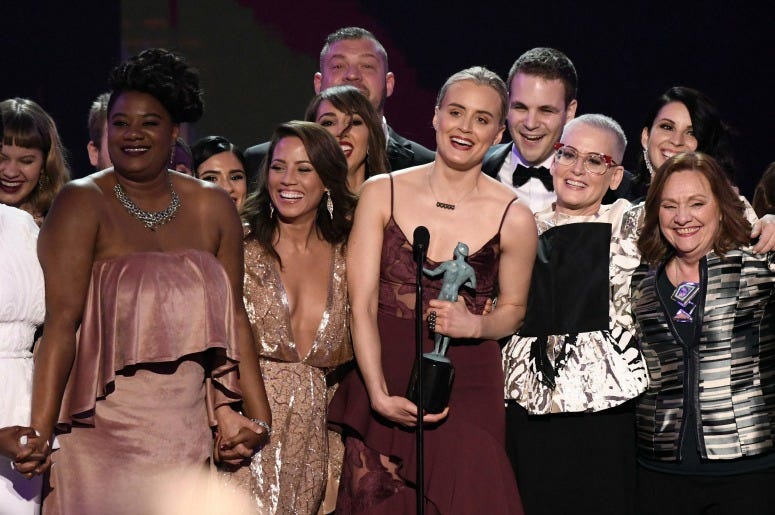 Orange Is The New Black is ending its remarkable run after the seventh season of the Netflix series.

“After seven seasons, it’s time to be released from prison" series creator Jenji Kohan said in a statement. “I will miss all the badass ladies of Litchfield and the incredible crew we’ve worked with. My heart is orange but fade to black.”

It will be hard to say goodbye to these inmates, but it's worth mentioning all the things they have accomplished since their debut in 2013.

The show was the second original series from the streaming service, behind the also-ending House Of Cards. It is the first series to score Emmy nominations in both the comedy and drama categories, and has walked away with four wins in six seasons. Amazingly the show is based on the memoir titled Orange is The New Black: My Year In A Women's Prison, but has managed to last several years. It's been a spotlight for powerful women, and an advocate for many important issues along the way.

The sixth season of the show debuted on July 27th, and the seventh is set to premiere in summer of 2019. The cast made the announcement in a video released Wednesday.

Warning: This may make you cry. The Final Season, 2019. #OITNB pic.twitter.com/bUp2yY0aoK