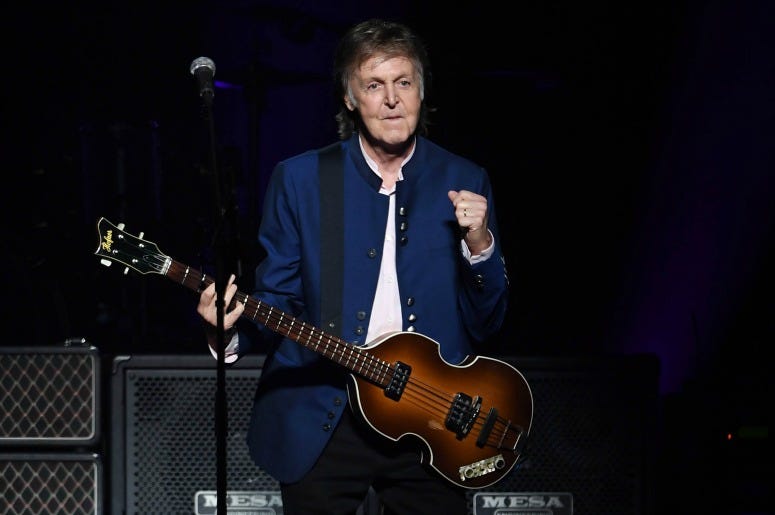 It has been an eternity since May of 1982. Porky’s was peeping at the box office and M*A*S*H was still going strong on TV back then. In fact, we were still debating Reganomics when Paul McCartney last took the top spot on the Billboard album chart in May of 1982.

That album was Tug Of War, thirty-six years ago.

After three decades away from number one though, Sir Paul is back with the release of Egypt Station. The eighteenth solo studio album from McCartney is good enough for the top stop this week, beating out Eminem and his surprise Kamikaze album release. In 1982, it was Rick Springfield and Asia that Macca had to fend off for number one.

Egypt Station shines for the same reasons that Paul always have. The album finds a great balance between his light-hearted joyous tone and the tender sincerity that McCartney specializes in. The harmony of those ideals are captured perfectly on “Back In Brazil”, for which McCartney just released a video.

It’s a beautiful thing to see an artist the stature of McCartney put out an important album at this stage in his career. While some seem content to coast on a “greatest hits” collection, Paul keeps adding new additions to the setlist that are worth sticking around for, and at home next to the classics.