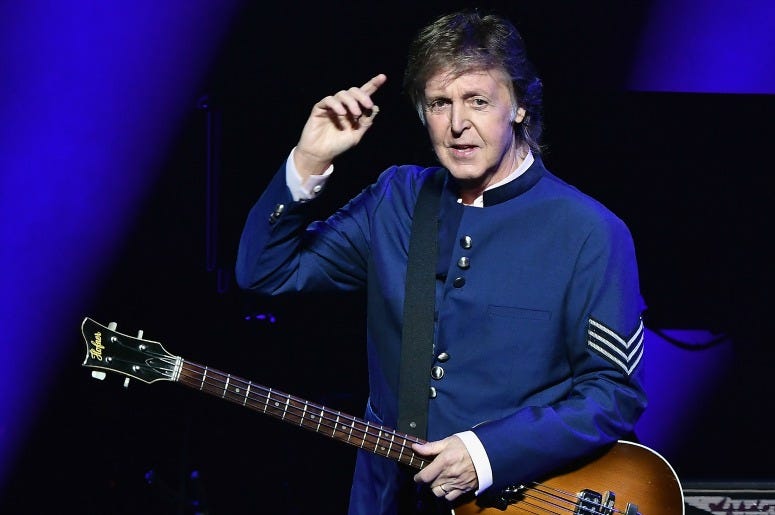 After all these years, Paul McCartney is still not completely comfortable.

"What's the biggest misconception about you?" asked Sharyn Alfonsi during her interview with the icon for 60 Minutes on Sunday. It was a wide-ranging talk about the memories of recording The White Album, the breakup of The Beatles, and surprisingly about McCartney's own self-doubt.

"I don't know what people think about me" McCartney answered "I can try and guess. I'll tell you what, "You must have no insecurities." Just like anyone else, you have insecurities. 'Cause everyone has them. And no matter how high and great and wonderful you get, there's still something will make you worry."

"I've heard people say that about me. Oh, you know, he wants to be liked. But I'm going, doesn't everyone?"

McCartney is coming off his first number one album in decades, the vibrant and merry Egypt Station. Despite decades of success and likely being the most famous musican in the world, McCartney explains that he's still eager to impress everyone. "I think people worry about things. And it doesn't matter how elevated you get, or your reputation gets, you still worry about things."

Elsewhere McCartney discusses how he doesn't know how to read or write music, and admits that he has to relearn some of his songs before heading out on tour. "There's too many. Too many words" he laughed. "Too many notes. They're very hard. I mean, you know, it's not like they're all three chords."

It's also very apparent that the breakup of The Beatles still weighs heavy on Paul, who was visibly sad while looking over pictures with the 60 Minutes crew. "I love this picture" McCartney explained. "Yeah, this is very special for me - this series. Because after the Beatles broke up, I kinda got accused of being the one that broke 'em up and that we always had terrible relationships. So this always reminds me of how happy we were together. I'm checking some lyrics or something. And it's just great the way John's sort of just smiling. We're obviously just two mates, you know."

"It was when the business crept in and it got a bit sticky, you know. It never got really that bad. But we do - we ended up bitching at each other from afar, you know."

You can watch the full 60 Minutes conversation with Paul McCartney here.